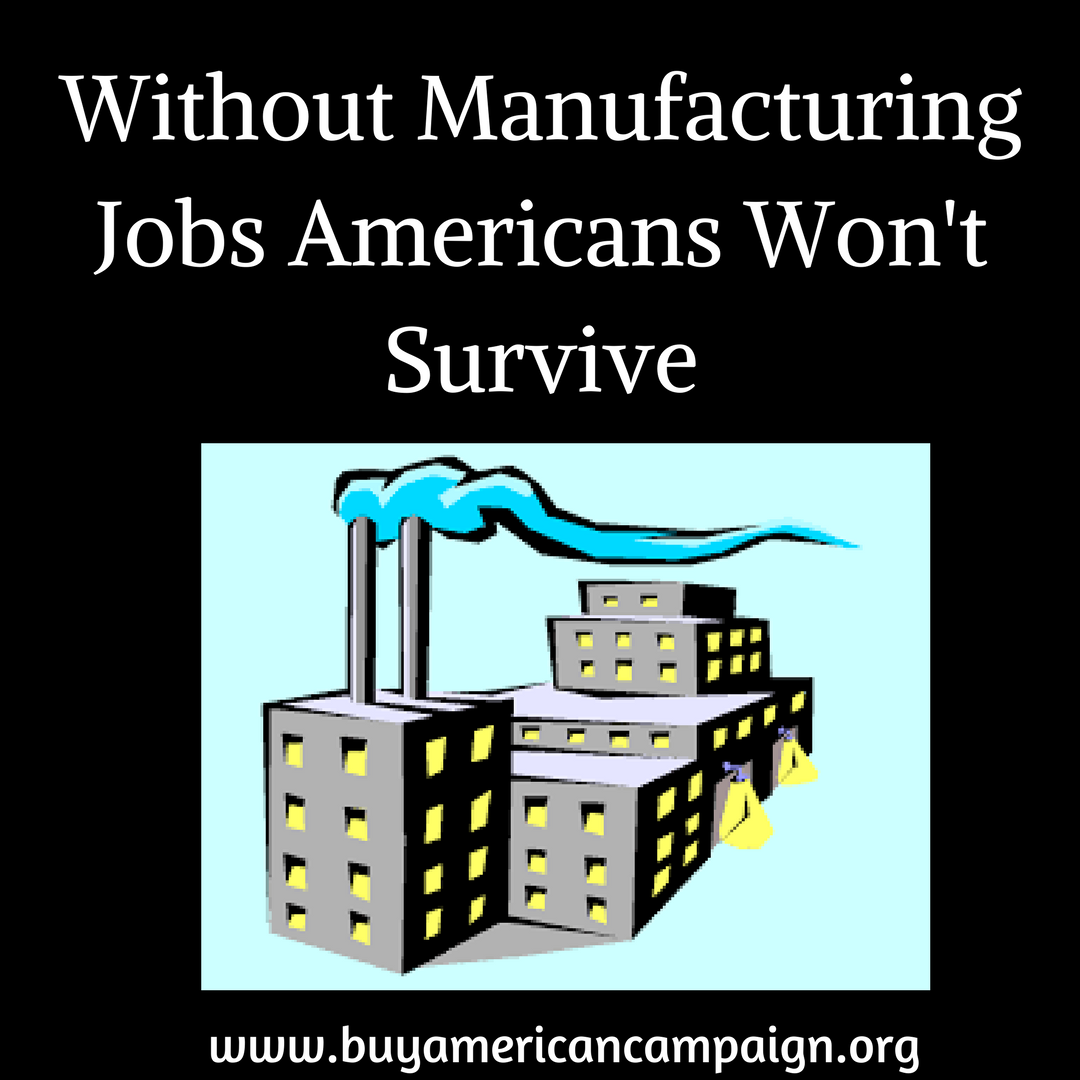 Unfortunately, far too many Americans have discovered that today’s job market is not exactly people friendly. While unemployment numbers say that more people are working and less are still out of work, too many of these jobs are low paying, minimum wage or even part-time jobs that pay very little and rarely have benefits. This makes it extremely difficult for today’s American family to survive each and every month on such a small income.

Even if you are lucky enough to have a decent paying job, it is un likely that you will be able to sustain a good living on what the average person makes. This makes it incredibly important for there to be a sufficient number of good paying US manufacturing jobs available to help balance out the number of low paying jobs which are prevalent in the economy today. We need these good paying US manufacturing jobs in order to protect the local economies in the communities scattered throughout the United States.

The Effect of Technology On US Manufacturing Jobs

We recognize that technology is partially responsible for the loss of many of the US manufacturing jobs that have disappeared over the past decade. Many manufacturing jobs that were once performed by humans are now being done by robots and other automated machines. The companies often justify this shift from production, that once was carried out by hard-working men and women, by claiming that it would be much safer to have robots and other machines doing the work.

The truth is there are actually many high paying, highly skilled manufacturing jobs in modernized factories and manufacturing facilities that look nothing like the cavernous buildings of yesteryear. These jobs feature machinery that is run using complex software and computer systems requiring some operators to be highly educated.

Leaner and Meaner US Manufacturing

While many years ago the manufacturing sector in the United States had a higher number of people in its workforce, the current number employed in American manufacturing does not add up. The “leaner and meaner” manufacturing processes being used in American manufacturing does not account for the many millions of Americans who lost their jobs in the industry. America does export goods in the amount of $1.4 trillion (2016) which obviously creates jobs here but the problem lies with what we import. The quantity of imported goods was a staggering $2.2 trillion in 2016 and even managed to increase to $2.4 trillion in 2017.

Everything that is imported is obviously not made in America and for that reason it creates U.S. unemployment. No one is saying that we need to reduce the imports to zero. That would be unfair. If countries are buying our exports then we should buy a similar quantity from them so trade is balanced. The way that the American people can reduce the amount of imports coming into this country is to make a concerted effort to buy products made in the USA. The more we show a willingness to buy American made products, the more companies will invest in American manufacturing and the more US manufacturing jobs will return.