Some Statistics On American Manufacturing 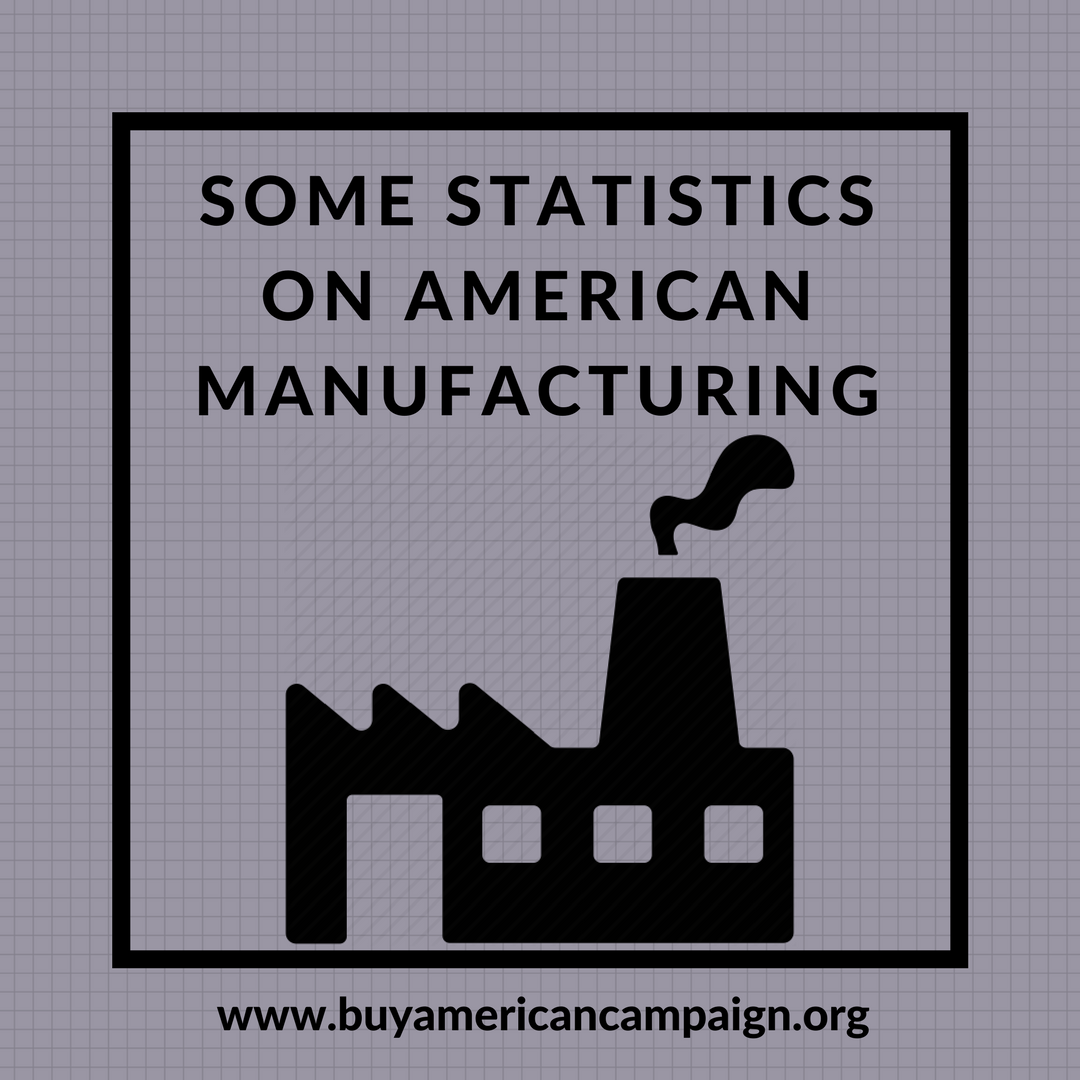 According to American manufacturing statistics, the United States is the largest manufacturing country in the world, with more than 18% of the global number of goods manufactured here. However, in 1985, it produced 28 percent of the world’s goods. With more than $2 trillion in industrial output (a record amount) the outlook is still not as bright as what the industry leaders are wanting to see. They are clamoring to find ways to boost manufacturing in a way that will help to improve our total output and the number of the overall manufacturing jobs that are available.

The leading cause of the decline in US manufacturing output and the number of manufacturing jobs is the increased demand for a more Global Economy. Our decline helped other developed economies like China to build themselves into a manufacturing powerhouse.

To understand American manufacturing statistics, it is easier if they are broken down into two separate categories

Gross Domestic Product – The Gross Domestic Product of the United States is the number that represents the strength of the economy in the US. The portion of the GDP that is presented by the manufacturing is 11.5 percent of the total United States GDP. This number is considerably lower than the 12.4 percent that was seen just before the beginning of the Great Recession and well below the 24.3% in 1970. If the US hopes to reverse the negative effect of the economic downturn there has to be a recovery in the manufacturing industry. As the percentage goes up quarter by quarter, the total GDP will recover which will help the US economy to get stronger.

Employment Numbers – The second part of the US manufacturing picture is the number of jobs in the industry. According to the Bureau of Labor Statistics, there are 12.55 million manufacturing jobs held at US companies. This number represents approximately 8.5% of the entire US workforce and by and large one of the reasons the Buy American Campaign is such a proponent of developing American manufacturing is that the manufacturing positions pay workers on average 12% more than positions in other industries. The 12.55 million jobs represent a decline of just over 1 million people since the 2008 (start of the Great Recession).