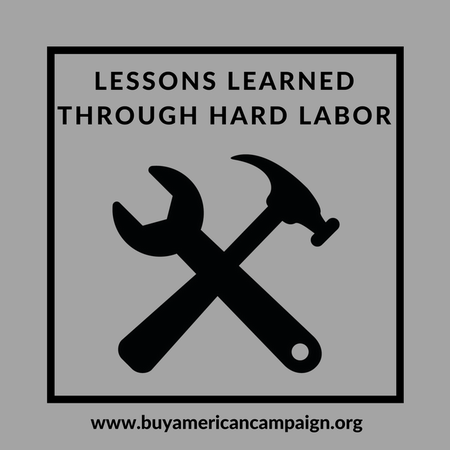 Actor Mike Rowe is best known as the always ready and willing host of Dirty Jobs, a Discovery Channel television show that premiered in 2005 and ran for seven seasons. As a fearless apprentice to everyday people who make a living doing difficult, disgusting, and sometimes downright dangerous work, Rowe’s experiences with hard labor make each episode both entertaining and educational.

In 2008, lessons and life-changing discoveries due to filming Dirty Jobs led to Row’s inspiring and laughter-inducing TED talk. He opens with a funny anecdote about a certain episode shot at a sheep ranch somewhere in Colorado. Rowe finds out that lamb castration is going to be part of the job; concerned and wanting to make sure that everything would be on the up and up, he does some research. He calls the Humane Society, the SPCA, even PETA. All of them agree on the proper way to do it: using two small rubber bands. Armed with the information, Rowe goes to the farm to film the episode, and is surprised by a very different process employed by Albert, the shepherd and resident expert. Long story short: Rowe stops filming and they discuss the difference between the “proper” way to castrate a lamb and the actual way it’s done on the farm, Albert allows Rowe to compare the two ways empirically, and hilarity ensues–but not without a clear realization for Rowe that would forever change the way he looked at these so-called “dirty jobs”. Common beliefs and views regarding what was right or were not so set in stone, after all. In fact, he realized even very popular convictions might be wrong. And if he–and the Humane Society, the SPCA and PETA–was wrong about lamb castration, what else could people be wrong about?

Following this funny flashback is a whole slew of Rowe’s quick takes on what many people regard as almost sacred truths. Is “follow your passion” the best advice? Does it discount the value of chasing opportunity or finding joy in steady work? Rowe tells the audience that the people he’s worked with enjoy what they do; they can smile and sing through hours of manual and repetitive labor, day after day. Are white collar jobs, or simply needing to work less hours in a day, really that much more desirable? Are there benefits and perks to blue collar jobs that we may be forgetting in this “war on work” our society has stealthily declared? Has mass media and advertising so heavily devalued the implied worth of manual and skilled labor that it’s caused an unfair marginalization? Rowe’s interactions with these fearless, tireless and happy people that he learns from in each episode of Dirty Jobs often result in them welcoming him into their fulfilling and balanced daily lives; even though films, shows, and ads seldom portray that reality. How can we have gotten it so wrong?

To end his TED talk, Rowe extols the virtues of the jobs that he’s come to understand more than most people in his periphery. “Clean and dirty aren’t opposites,” he says. “They’re two sides of the same coin.” A world full of white collar workers wouldn’t survive. Dirty jobs are essential, and there is no need for them to be painted in anything other than the best light.