How Local Manufacturing Affects The Community 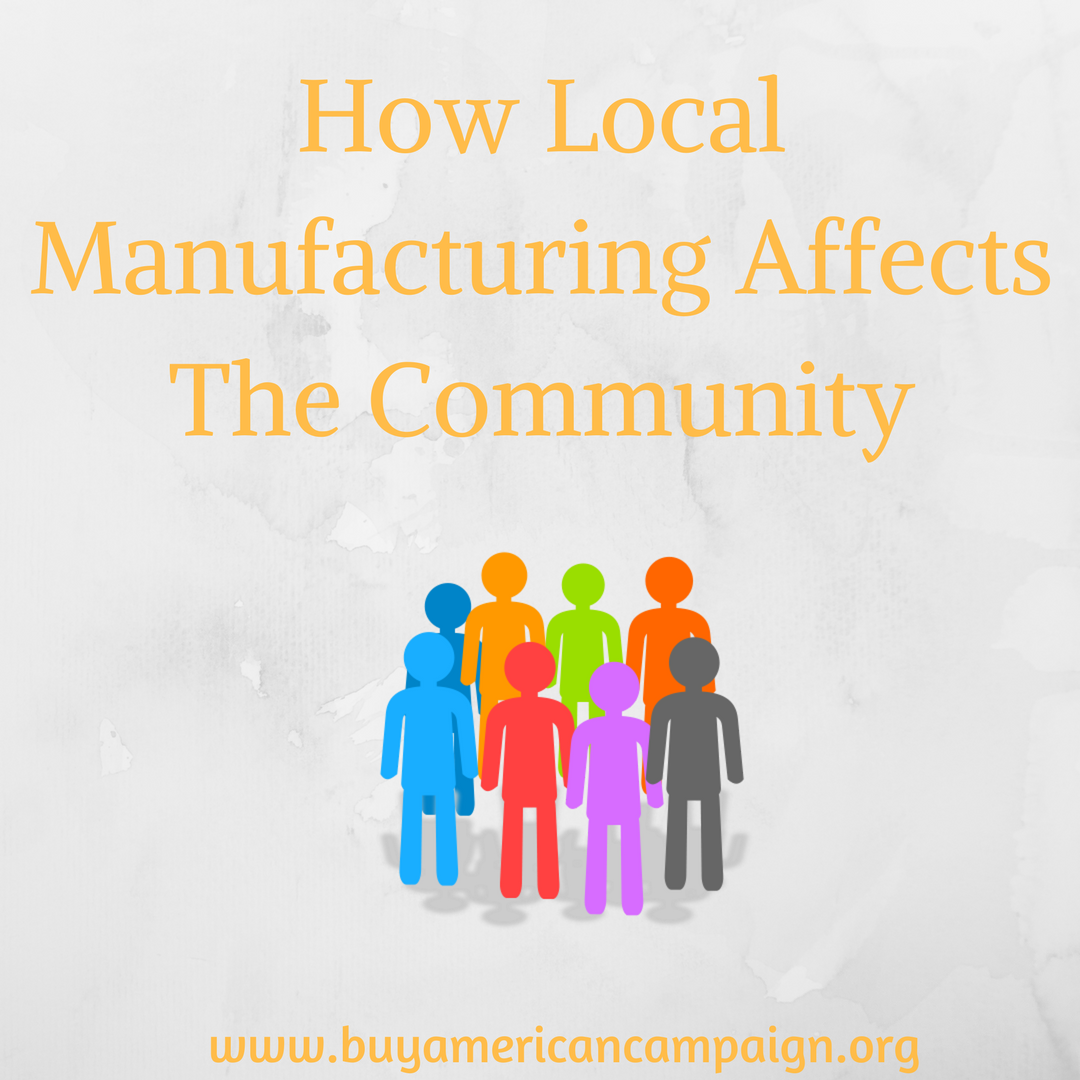 Ever since the beginning of the Industrial Revolution in the United States back in the early 1800’s manufacturing has played a major role in local communities all across the country. Many small towns and cities big and small where the factories began popping up started to grow by leaps and bounds. These large employers needed many people to perform the work and often this meant people were attracted from places outside of the location where the factory was built.

For the most part, this was a huge positive in that it made it possible for families to be able to support themselves since many of these jobs paid very good wages for the time. With the townspeople having money to spend other businesses soon popped up all around the factory. This added to the workforce and that brought more money to tax coffers, which made it possible for the local government to be able to provide services that benefited the people of the town.

As time went by factories large and small became heavily ingrained into the fabric of the local communities in which they were built. Depending on how long the factory was around and what type of industry it was part of you would often have several generations of families working at the local factory. This lasted through most of the decades throughout the 1900’s and as the arrival of the 21st century.

Advantages and Disadvantages of having large single employers to a community

While you might think that having a company that employs a large percentage of the residences in the community that surrounds it would be all good. The truth is there are some bad things that can be expected along with a long list of advantages. We will start with the list of the advantages and end with some of the disadvantages that for some community leaders were too great of sacrifice which caused them to reconsider courting one of the large businesses to locate their factory in their town.

One of the ways community leaders can help to lessen the impact that a large single employer could have on its community is to be proactive when it comes to community planning. This way they would be better prepared to deal with any negatives that would arise.

For the community as a whole one way to help the local American factories and the people that they employ is to “Buy American Made”. As long as they continue to be profitable they are far less likely than to shut down the factory which we all know how devastating that has been to many towns and cities all across the US.