The Downfall Of American TV Manufacturing 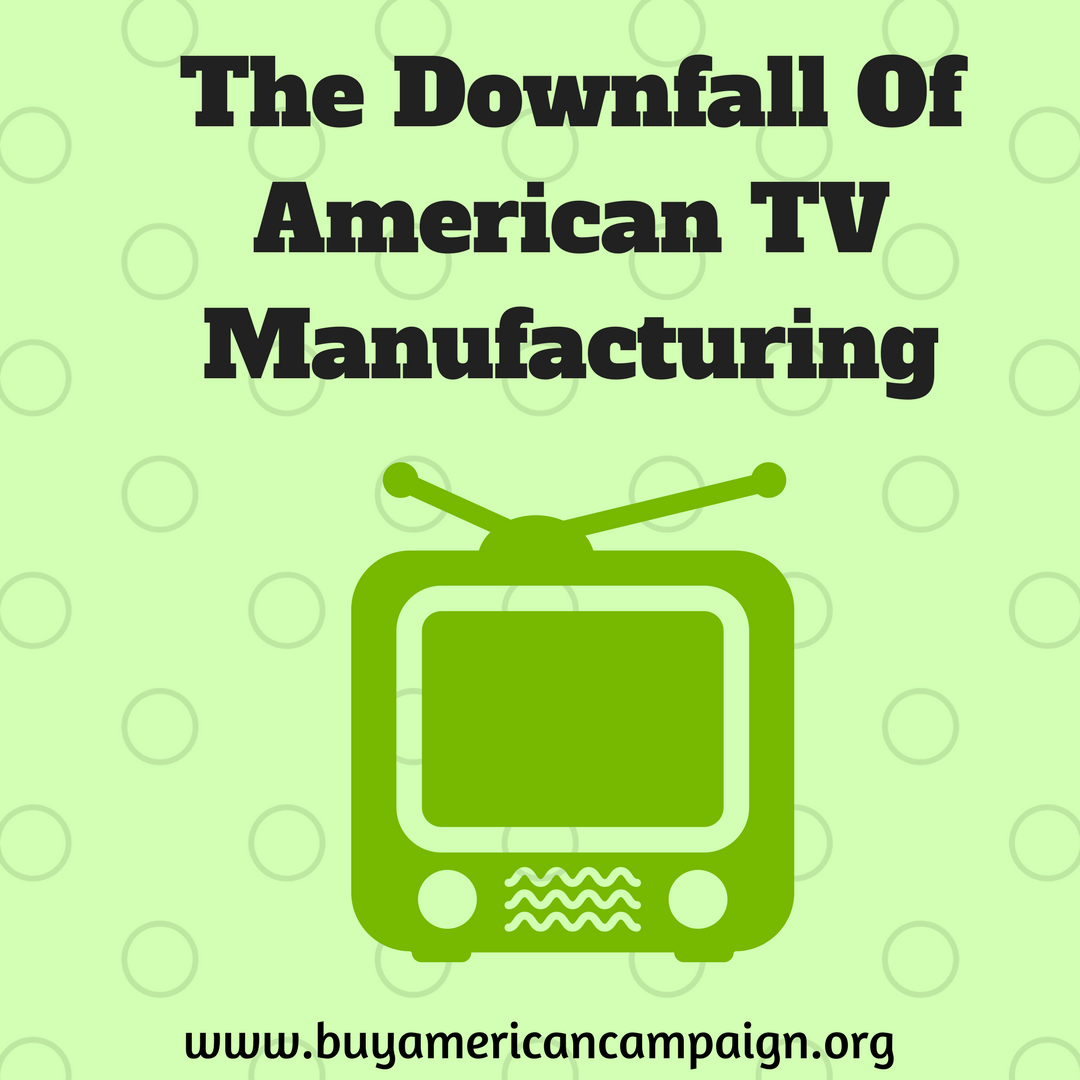 In the world of TV and movie entertainment, the United States is king, with Hollywood serving as the unofficial capital of the entertainment world. Given this knowledge, it may come as a surprise to learn that the US is losing ground as a television manufacturer. More surprising still is just how rapid the decline has been. When the golden age of television started back in the 1950’s, there were anywhere between 90 and 150 TV manufacturers doing great business in this country, selling more than 11 million units per year.

American made television sets continued to be in high demand in the domestic market in the 1960’s, which was around the time when Japanese imports started showing up, albeit in small numbers. To put it in perspective, by the mid-60’s US manufacturers were making 3 million color TV’s per year as compared to the 100,000 being made in Japan. The Asian nations were off to a slow start, but they soon started to play catch-up rather quickly.

By the start of the 1970’s, imported TV’s were becoming more common, with many US manufacturers deciding to move their business overseas. Developing nations, such as South Korea and Taiwan, had factories already established, making it easy for American companies to move in and quickly grow their business because of the cheaper cost of doing business in that part of the world.

The 70’s was the heaviest period of decline for US television manufacturers, with just 3 – RCA, Zenith, and GTE-Sylvania – left in business when 1980 arrived. GTE-Sylvania got out of the consumer electronics business a few years later, dropping the number of American TV manufacturers down to just two. While RCA and Zenith still had about 40% of the US market share in 1982, roughly 68% of black and white TV’s and 13% of the color models were being imported from overseas.

The tide was turning, and it was not long before the remaining US television manufacturers were caught up in the tsunami. General Electric acquired and broke up RCA in 1986, leaving Zenith to fight the battle alone. They made it until 1995, which was when South Korean giant LG Electronics swooped in and bought Zenith out.

The dream of TV manufacturing in the United States stays alive, though, with the New York Times reporting in 1995 that Dutch company Phillips and Thompson Electronics out of France opted to make their TV’s in Indiana and Tennessee, respectively. Foxconn, a Taiwanese company which is responsible for making products for Apple is attempting to rid themselves of the bad press they have received concerning their labor practices by moving their manufacturing to Arizona.

Japanese  and South Korean manufacturers are still the leaders in the TV industry, accounting for roughly half of the flat-screen market. Now that you know which companies make which products and where, you may want to consider that that next time you buy. The best TV shows and movies in the world are made in the US, so wouldn’t it be great to see the TV manufacturing industry once again become huge in this country?