Here’s How Overseas Manufacturing Makes Everyone Rich Except Us 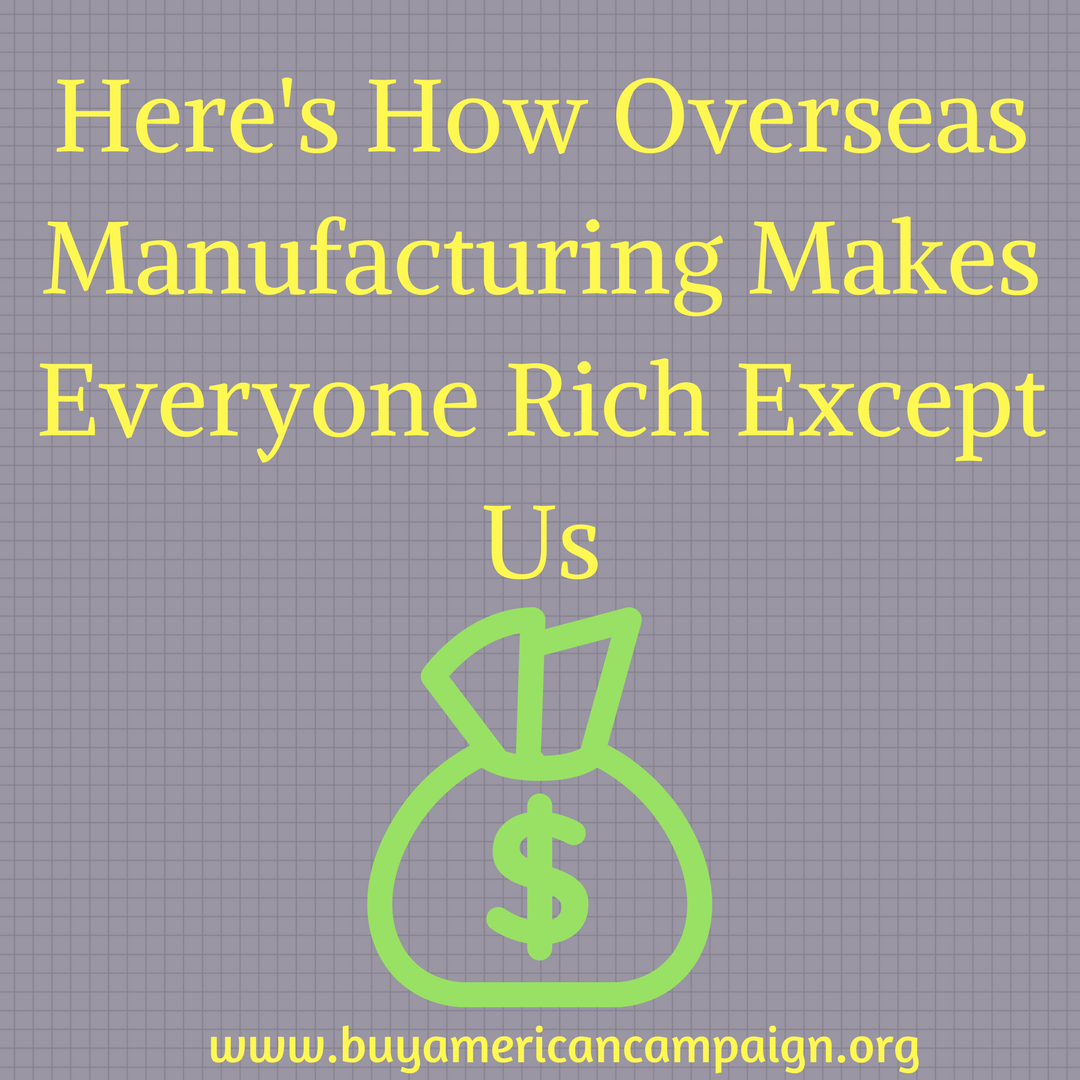 It is not surprising that as the downturn continued more and more US-based companies were finding more and more cost-effective sources for their products from manufacturers that were located outside of the United States. This included countries like China and India. The business environment at the time was definitely not pro-business and that was one of the primary reasons why it lasted for so long.

Whether we are talking about companies sourcing overseas companies to supply them with the products that they sell or US manufacturers moving their production operations to locations outside of the United States. Either way, the United States economy and the American people lose out as the jobs were eliminated and the factories started to close down.

Fortunately, not all is totally lost, we still have a fairly robust manufacturing sector and as we continue to see the improvement, we can all do our part by insisting on purchasing more domestically produced products. This will go a long way to help convince the companies to expand their domestic investment.

Why should we buy American?

We need to promote “Made in the USA”

In order to help reverse the trend of too many overseas products being bought in the United States, we need more people to promote the idea that American Made is worth the money that you are paying. One of the reasons why there are so many foreign made products filling the store shelves of US-based companies is that they can find the products that people are demanding from overseas manufacturers at a lower price even though the quality is usually much less.

There is a big push to help improve the business environment here in the United States and if it works as it is intended there could be a big reversal in the trend that caused so many companies to turn to the overseas manufacturers in the first place. If this whole effort comes to fruition and our manufacturing industry is able to recover the millions of jobs that were lost, this will be a huge benefit for the American people as a whole.