Does Buying American Made Really Matter? 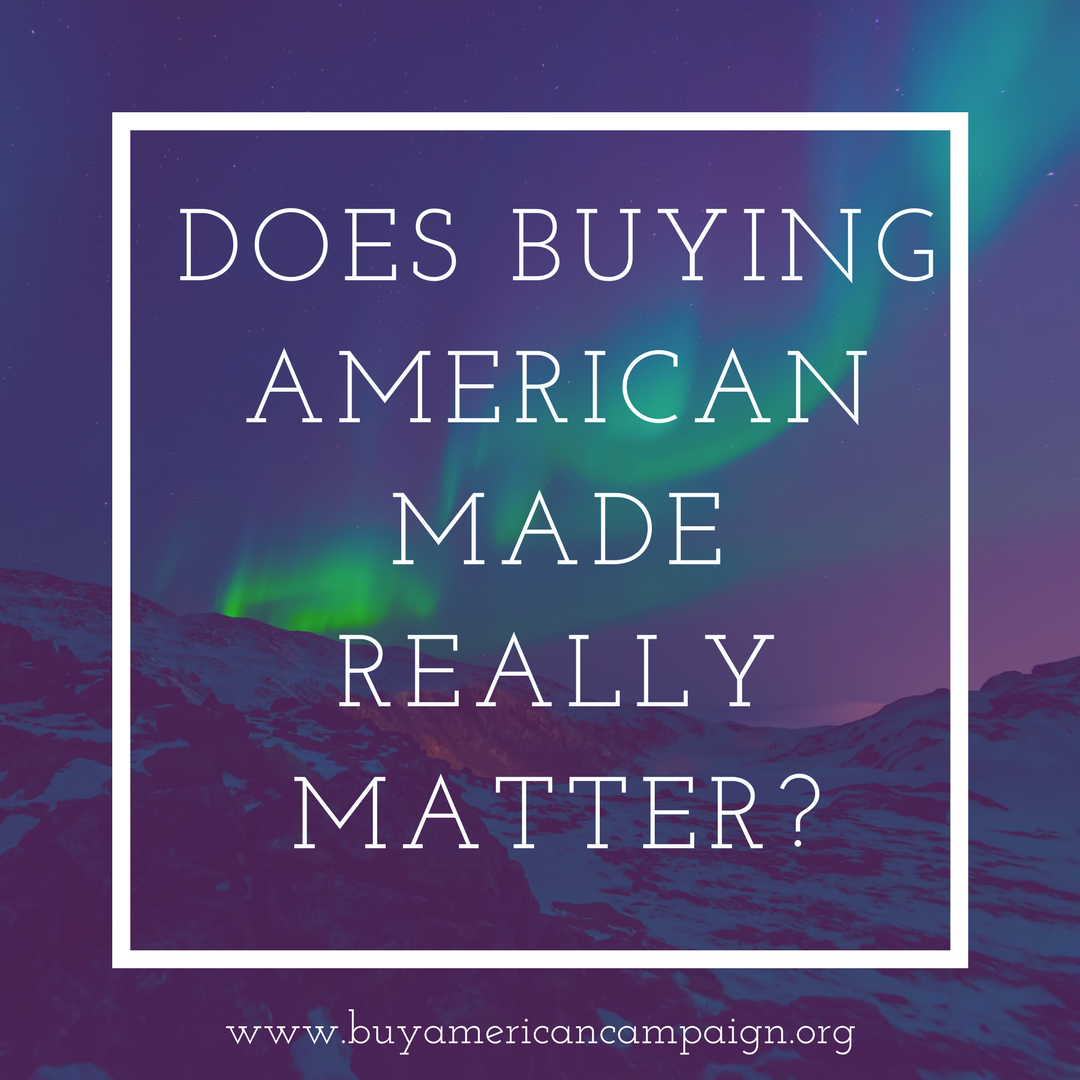 There was a time when there was pride in American manufacturing and more of the merchandize that you found on the store shelves all across the country were made in factories somewhere in America. With most of the jobs filled by locals who were hired by the companies that built the factories.

Unfortunately, there was a huge shift in the landscape of the business world and companies or their shareholders decided it was costing too much to operate the large factories and employ a large workforce. This meant that the companies had to find cheaper ways to get their products made. For many companies that meant no longer were they making their products, instead that turned to overseas manufacturers and they basically became importers of foreign goods.

The tide is beginning to change

While it took a little bit of time to get rolling, there was a grassroots movement several years ago that was looking to break the cycle of foreign products filling the store shelves. Now, we see more and more factories starting to pop up and more American Made is starting to break through once again.

One small difference is very apparent, the factories that are being opened are not your typical oversized structures, instead they are much smaller and more efficient. This makes it far more likely to be successful in producing American Made products.

While some of the companies have started to comeback, it is high time that the American people begin demanding that more of the things that we buy in the stores are actually made here in America. If enough people begin speaking with their wallets and make their purchasing decisions more carefully and only look for those things with Made in America patches, then it just might be enough to encourage more companies to return to being manufacturers again.

So, remember the next time you are in the store and looking to buy something, you will want to look at the packaging to see where it was manufactured. This is because, even if the company that owns the brand is an American company, it does not mean that the product you are looking at was actually manufactured here in America.

It is up us to be sure that we all put more pressure on the companies to shift back to manufacturing in America first mentality. If the pressure is great enough by the consumer it just might be what it will take to push a company to make a decision to bring manufacturing back to American soil and employ American workers.

Please, help your country and American manufacturing by encouraging everyone you know to try to avoid buying anything not made in the United States.