The Alternatives To Manufacturing Jobs 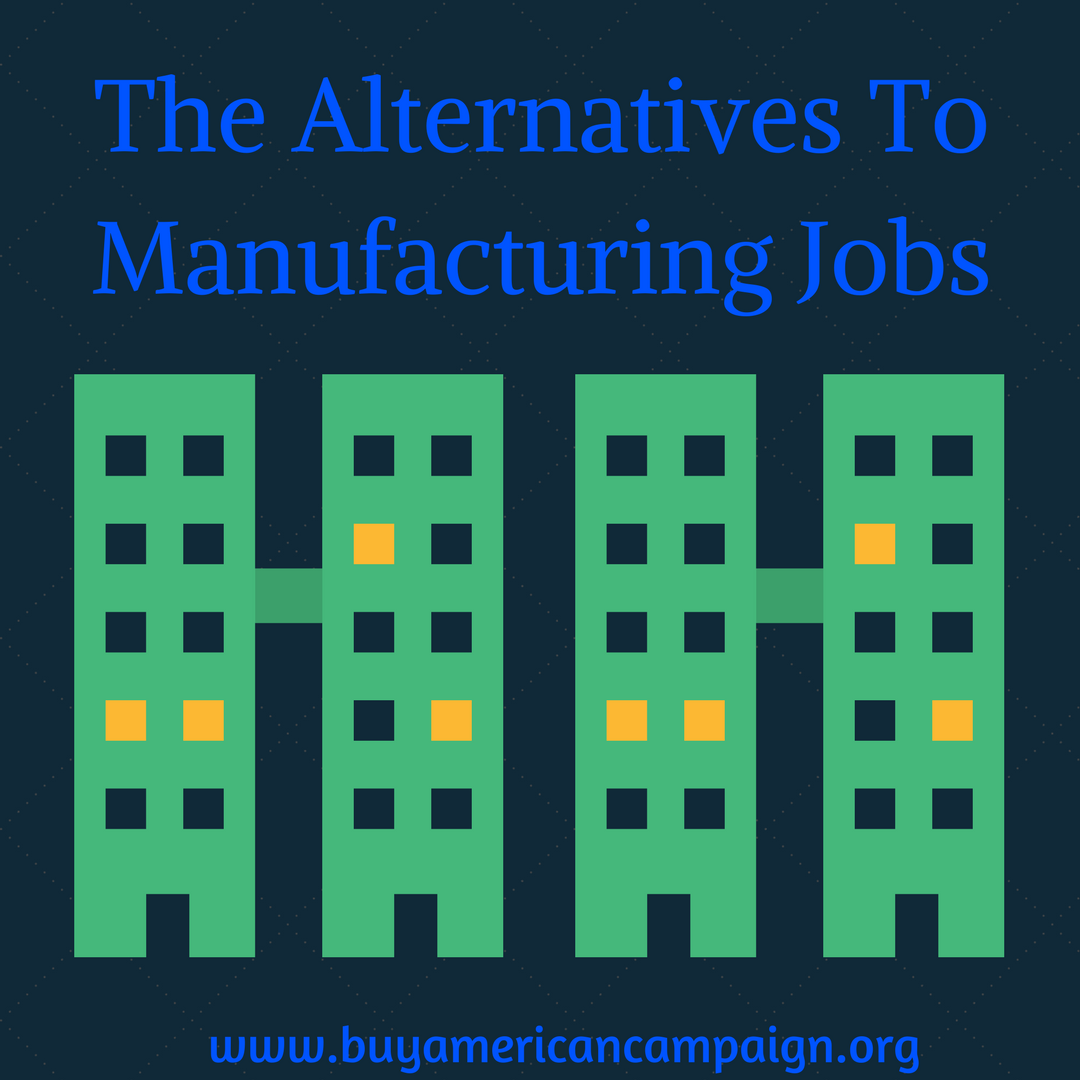 With the loss of so many of these good-paying manufacturing and assembly jobs, there is a need for more open positions in lesser skilled jobs that do not require an advanced degree. Unfortunately, that also means that they are likely to be considerably less pay and other compensation. This was a double whammy to the local economies that often relied on the revenues generated by those higher paying jobs.

Over the past decade since the official start of the economic downturn and the overall loss of the million-plus US manufacturing jobs, there has been an uptick in other sectors of the workforce. The service industry and healthcare have each seen increase jobs to help fill the gap that was left by the loss of so many manufacturing jobs.

Unfortunately, many of these jobs that were available were considered dead-end jobs that were not really career-defining like Walmart, janitor or flipping burgers at a fast food restaurant. These types of jobs were only taken in order to pay the bills in hopes to find something better or as a second or third job in order to make ends meet.

These non-manufacturing jobs that many of these people were forced to take when many of the US factories that closing and the jobs were being sent overseas where it was much cheaper to operate don’t offer anything in the way of moving up and getting ahead. You simply go to work every day and work hard and earn a paycheck and go home. Then you repeat the cycle over and over again for years and years.

Until then, we continue to see the only jobs that are available are the ones that people only stay doing for a short time while they wait for a much better opportunity to come along or the job happens to be a second or even third source of income.