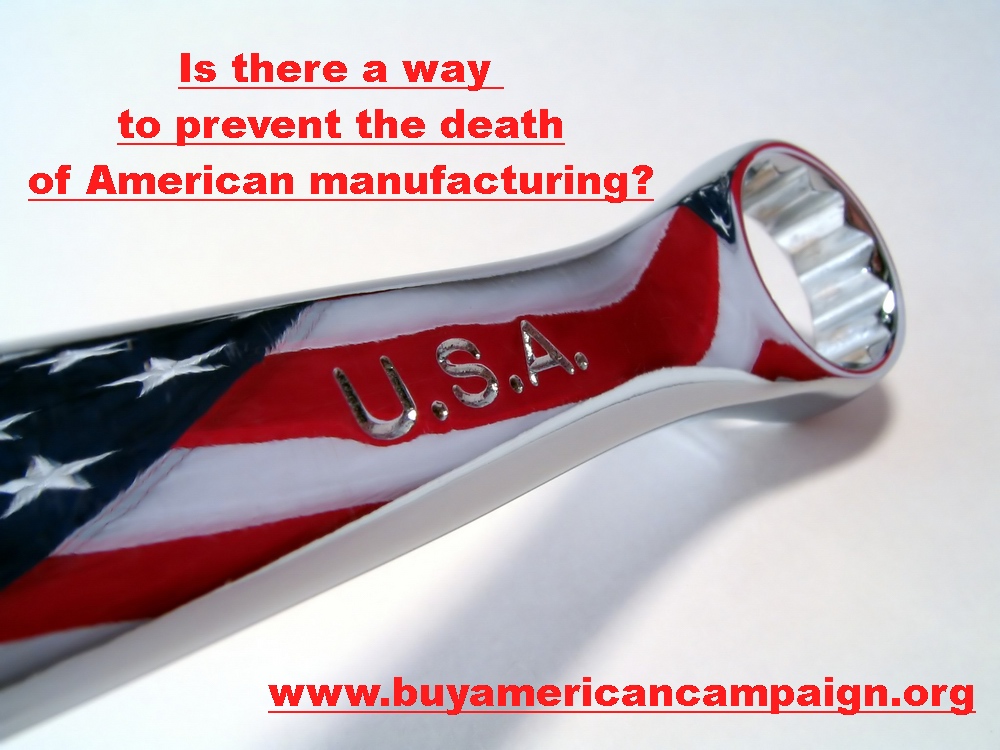 American manufacturers in today’s economy are faced with the struggle to find workers skilled enough to complete the tasks needed to operate efficiently. Currently, one in ten openings for manufacturing positions requiring skilled workers will remain unfilled. This is because of a shortage in talent and a shortage of people with the qualifications to do the job.

It is anticipated that between the years 2015 and 2025 there will be 3.5 million manufacturing positions that will need to be filled in the United States. The significance of this number could mean a lot of job potential for unemployed Americans and Americans coming of age during those years.

The problem that American manufacturers currently face is the fact that of those 3.5 million manufacturing positions, it is estimated that 2 million of those jobs will be unfilled simply because the manufacturing company won’t be able to find qualified workers with the necessary skills in today’s technology-run industry.

There is a large gap between the demand for qualified workers and people pursuing careers in American manufacturing processes. Unfortunately, ensuring that education and proper training is available to prospective workers is only a small part of the problem.

There is an on-going stigma centered around manufacturing jobs here in America and that plays a large part in the youth’s decision to pursue education and training in other fields of work. This stigma stems from an outdated and mistaken point of view about the American manufacturing industry.

With the struggles from the decline of the old standard of American manufacturing still being felt and the perception that investing the time and education into learning skills for manufacturing jobs will limit a person’s options should the company decide to outsource their work to off shore facilities, it is no wonder that there has been a widespread decline in people interested in pursuing careers within the American manufacturing industry.

Industry leaders here in the United States are working hard to help correct that stigma through education and advertisement. One of the ways they are tackling this problem is by focusing on the younger generation. In a recent survey conducted by Opinion Research Corporation that was commissioned by Proto Labs, they found that more than two-thirds of the people involved in the survey did not view American manufacturing jobs as a high tech career choice.

The reality is that the days of people working assembly lines has long since passed. Those jobs aren’t as plentiful as they once were, but there is a growing need for new kinds of manufacturing jobs.

The rise in technology now requires skilled professionals who are able to keep up with the electronic and automated processes. The manufacturing industry needs workers who can trouble shoot these machines, complete complex computing tasks, operate these robots, and help in the development of these robots and automatic machines for future uses.

There is such a strong demand for automation and useful equipment that often times the industry isn’t able to keep up. Many companies are relying on the brilliant minds of the people they’ve hired to think of new and inventive ways to handle the large workflow.

Finding people trained in the areas companies need has become a nearly impossible task. Changing the perception of the people in general and youth entering the work force will help to fix this problem and hopefully open up more possibilities for the future of American manufacturing. Whether or not this education will prevent those 2 million job openings from remaining vacant remains to be seen.

American manufacturing companies have already started trying to engage the younger generation. GE is currently working on targeting millennials and the rising generation that will graduate in the next few years. They have done this by creating its “digital industrial” ad series. This ad series stars millennials, Sarah and Owen, and offers an alternative to expensive college costs.

GE has also launched a “Digital Industrial” filter for Snapchat. Snapchat is an app used by many millennials and the subtle targeting to the younger generation is not only a recruitment tool but also a rebranding effort to elevate the American manufacturing industry and the stigma around it.

Other companies have gone a step further. Lincoln Electric has invested money in the new age gear associated with virtual reality. They’ve created a virtual world where the user is transported to a plant floor where they can try their hand at welding. They use this technology at their career fairs and it provides a unique opportunity to actually let prospective employees try out the work and see if it is a good fit for them. This in turn will lead to people seeking out more training in those areas and letting go of the stigma around them.

People have started to move away from the idea that the only way to get ahead is through expensive and extensive years at college. The market is currently flooded with people who hold these degrees but we don’t have any workers able to do jobs in manufacturing positions. The result is a stressed economy with educated people unable to find jobs or a job that will cover the cost of their education and provide a roof over their head.

The American manufacturing industry is offering an alternative to this. They need jobs filled and they anticipate having more jobs in the coming years. By fighting back the stigma, they will be able to fill those jobs and help the American economy by giving back to the Americans in need of work. The stigma of uneducated employees working in manufacturing plants is also being fought. This is because it’s simply not true.

With so much technology involved in the American manufacturing industry, these jobs are requiring a highly skilled workforce that excels in the industry of robotic equipment automation controls.

They also need people skilled in software development. These manufacturing development jobs will require further education, but in the right areas. Those who want to put in the extra time and money to earning a four year college degree or higher need to be educated on which path to choose and by picking a path in software development they will have a steady stream of job opportunities in the coming years.

Encouraging Americans toward manufacturing and the many jobs needed to create successful manufacturing environments still remains an uphill battle. Only through education and a reconstitution of how we anticipate and think about manufacturing can we prevent the rare breed of the American worker from becoming extinct.