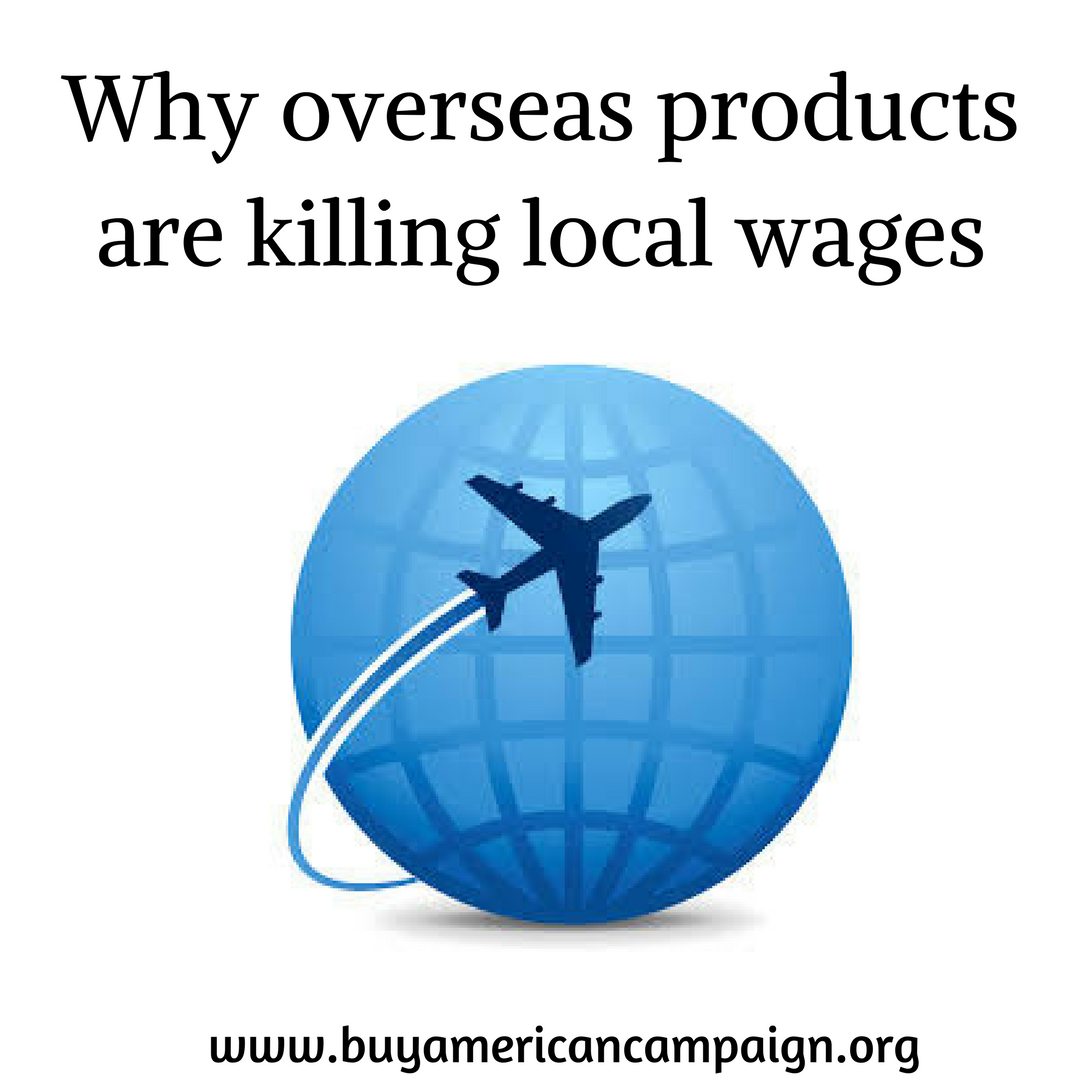 Check the labels on your clothes or the description of any product you buy and you will more often than not see that it was made somewhere other than the US. This is not really big news to anyone who has been paying attention, but what is so alarming here is that many people have now simply accepted that this is the way things are, not to mention how they will stay. What these folks often fail to realize is that the overseas manufacture of products sold in the US had a negative impact on the economy, which includes how much the average person will earn here at home.

Let’s start things out by talking about why so many products are now made overseas instead of locally. The simple answer is that it is all down to money, as manufacturers know that they can make the same product for a whole lot less overseas than they can at home. This is because the people who work in these countries do so for mere pennies per hour. Why would a company pay someone $7.25 per hour when they can get the same work done for less than a buck an hour?

Back in the days when manufacturing was big business in the US, it was the middle class who thrived, as there was plenty of work to go around and a living wage to be earned. With those jobs slowly but surely disappearing, the middle class is starting to shrink, with more and more people now forced to take minimum wage jobs just to get by. The problem here is that the minimum wage simply isn’t rising to match the cost of living, which is forcing people to work 2 or 3 jobs in order to make ends meet, and only barely at that.

There are companies in the US who are devoted to making sure that all of the products that they deliver are made right here at home. This is a truly noble cause that is beginning to gain some traction, but the majority of these companies are small in size. They have a small but dedicated workforce doing a fantastic job, but because of their size and the need to sell products at a price competitive with those made overseas, they cannot afford to pay a great wage to the people that work for them. This is how things will remain until people become a little more patriotic in their shopping habits.

The vast majority of the companies that have moved operations overseas to save a buck are not coming back without a real incentive, which is why we all need to support those who decide to stay in the US and employ their own people. While it may mean having to pay a little extra to get items made in the United States, it’s a worthwhile contribution to the growth of the economy. If we can work together to make the US a manufacturing superpower once again, then perhaps we can help more people earn a wage that require them to only have one job instead of 2 or 3.