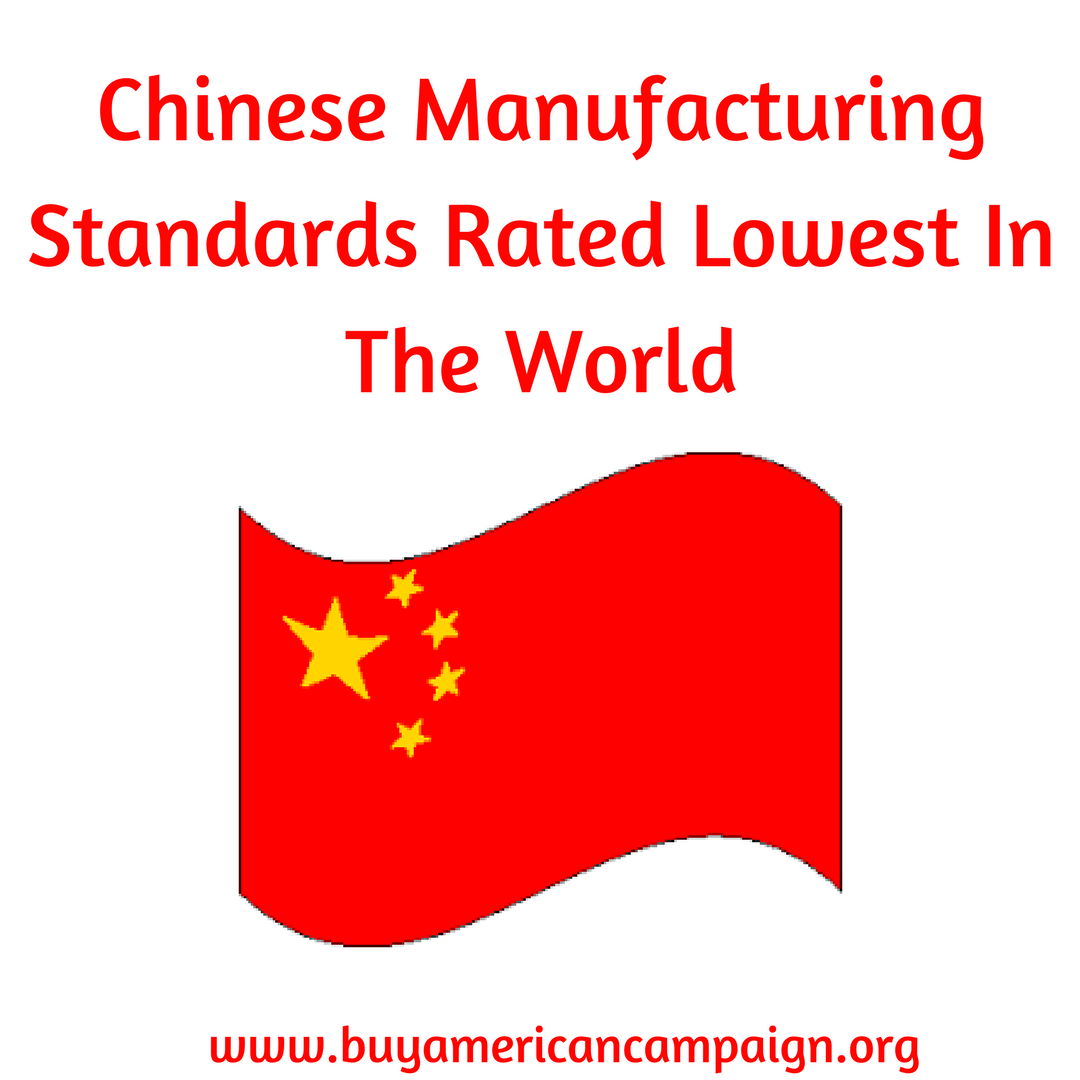 The recent scandals about poisoned baby milk, contaminated pet food, dangerous toys and other substandard products from China have raised questions about manufacturing standards in China.

Let’s assume for a minute that you are asking why Chinese firms turn out poor quality products on their own. There are a number of factories in China that will turn out anything you ask them to produce, defaulting to minimum cost and minimum quality unless otherwise specified.

In just three decades, China has been transformed from one of the world’s poorest nations to the world’s second largest economy. It was probably inevitable that as production grew so would the problems associated with it, at least in the short term. Similarly, it could be argued that China is going through the same quality cycle that occurred during Japan’s post-war development or America’s manufacturing boom in the late 19th century—but in an environment with infinitely more scrutiny.

Chinese manufacturers will do whatever they need to in order to catch a piece of business, but from there, the relationship often goes downhill, albeit in small steps. “Quality fade”, the quiet and incremental degradation of a product’s quality over time, is one of the more common issues.

Much of the problem is cultural. Chinese suppliers believe that what an importer doesn’t know can’t hurt him. They change product specifications without asking, and they believe that it is better to beg forgiveness than to ask permission. Quality is seen as a barrier to greater profitability and quality issues are not openly discussed.

Chinese domestic market consumers generally go for either the best product or the cheapest product.  So if you are not making the best, you are racing to the bottom to make the cheapest.  Chinese consumers are not generally looking at quality; it is assumed that if you want quality, then you buy the best one; otherwise just buy the cheap one.  So, manufacturers are not rewarded for making incrementally better products.

Factories in China will do anything to please. Prices are famously low and production cycles short. Chinese factories transform what were, in fact, profitless contracts into lucrative relationships. The production cycle is the opposite of the theoretical model of continuous improvement. The innovation inside China factories turns to cutting costs, often in ways that range from unsavory to dangerous. Packaging is cheapened, chemical formulations altered, sanitary standards curtailed, and on and on, in a series of continual product debasements.

With lax enforcement of a lot of product safety requirements, many Chinese domestic suppliers become accustomed to cutting corners where possible.  Many manufacturing companies in China do not abide by strict labor laws. Many products are made under humane working conditions and do not meet today’s stringent safety standards. Low pay and child labor are factored into getting products made. This cumulates in producing products of high quality.

Modern Chinese factories outsourcing work to smaller, grittier, facilities even though this meant forgoing the production benefits from economies of scale. The tiny outfits were in a much better position to skirt environmental controls and safety standards for products and workers.