How Foreign Made Toys Harm Your Children’s Health 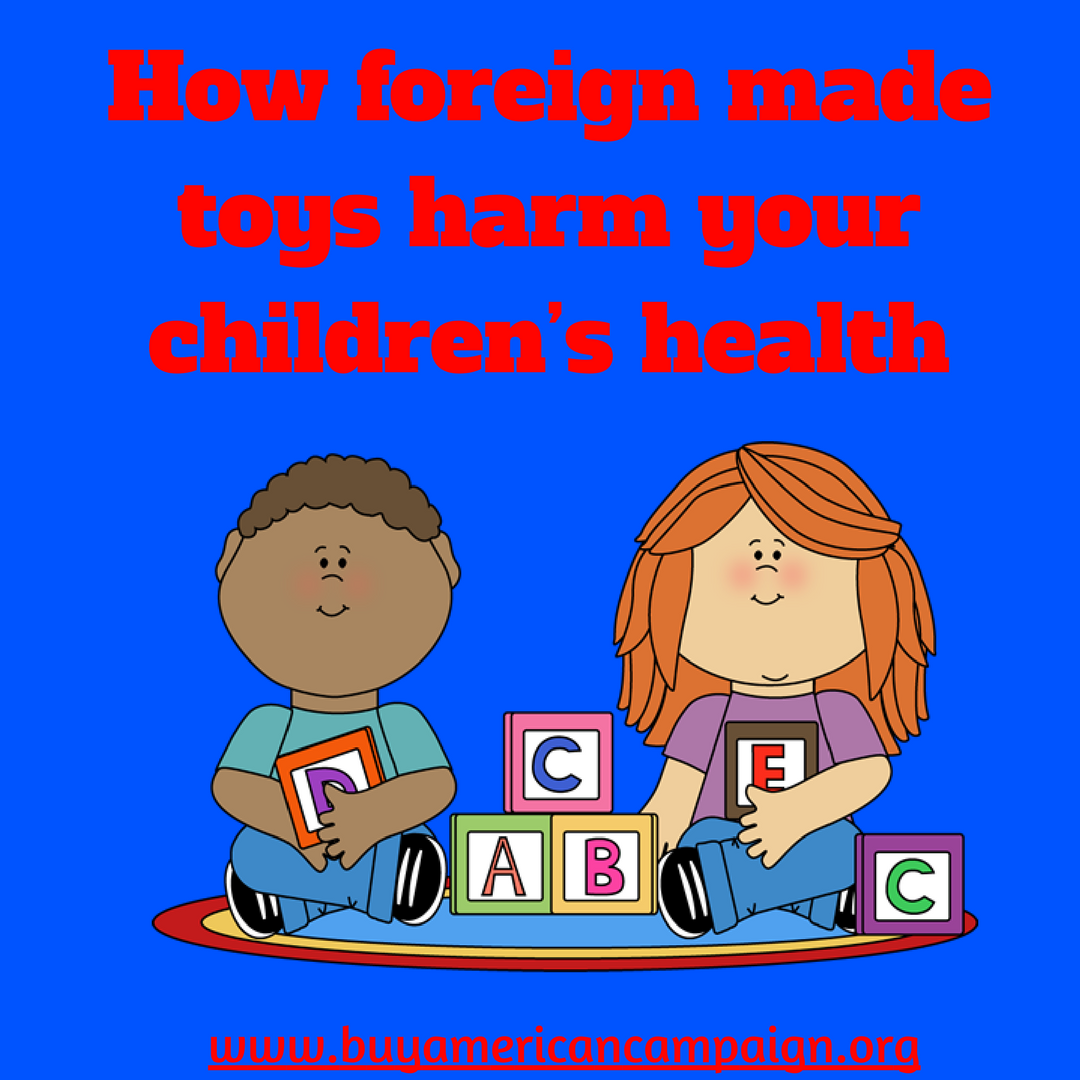 No matter what your political affiliation, you want the best for your kids. The best education, the best food, and the best in modern games and toys (without turning them into spoiled brats, of course!). But, many folks miss one important caveat: the dangerous toxicity levels of foreign made toys.

The CDC warns toys from foreign countries (such as China) often possess high concentrations of lead. Lead is invisible to the naked eye. The paint and plastic used in faraway, third world nations do not face the same rigorous standards we have in the United States. When your children touch the paint or plastic, and then put their fingers in their mouths, a serious health risk is afoot. A child died from putting a lead charm toy into his mouth, as reported by the CDC. According to the World Health Organization, lead is especially dangerous for young kids. Lead can accumulate in the body, and reach fatal toxic levels quickly. Once in the body, lead is carried to the brain, kidney, liver, and bones. Its stored in bones and teeth, where it accumulates and can kill or cause major health problems.

Americans have high standards for toy manufacturers based in America. They have to pass rigorous health inspections, and prove there is no lead content in their toys. This not only makes the toys safer, but creates a better, higher quality product. It might cost a little more than the cheap toys from overseas, but it will last longer, and will not harm your child via lead poisoning