How One Manufacturing Job Affects The Community 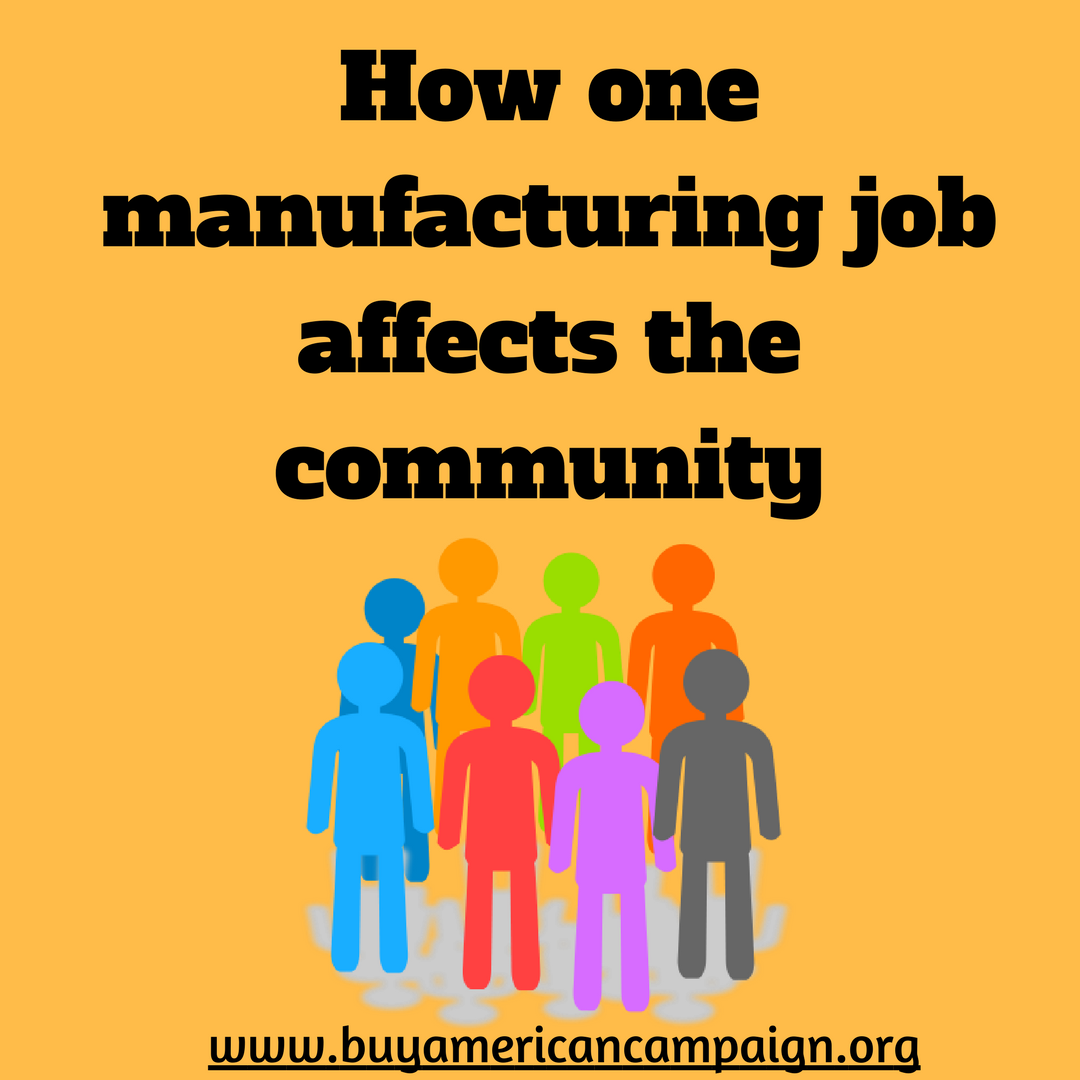 Anyone who has studied American history should remember what happened during the late 18th century gold rush era.  Gold would be discovered and people would flock to that area looking for riches they could only imagine.  As a result, towns were built and the economy flourished.

When the gold ran out, however, most of the townspeople left and the towns died as a result.  They became Ghost Towns.  In the early 20th century things began to change and we evolved from an agricultural to an industrial age and some of those towns began to flourish again.  Manufacturing products from irons to automobiles became the new “Gold” of the era.

Soon towns began turning into cities then states began competing for manufacturers to come to their communities by offering incentives like tax cuts, utility breaks and land deals.  And it worked and towns and cities thrived making steel, building automobile plants, producing American goods for the American people.

Manufacturing is essential to the health of any community.  It not only brings employment for those lucky enough to get a job but it brings tax dollars to assist in the infrastructure of the area, provides dollars to the shop keeper, the school district, and the utility companies.  Any good economist could calculate the benefits of what one small manufacturing company would contribute and explain why we need to get back into manufacturing our own products in the United States.

There are creative ways to keep small manufacturing in this country.  It is time to start implementing them and help the American economy regain its pride once again.