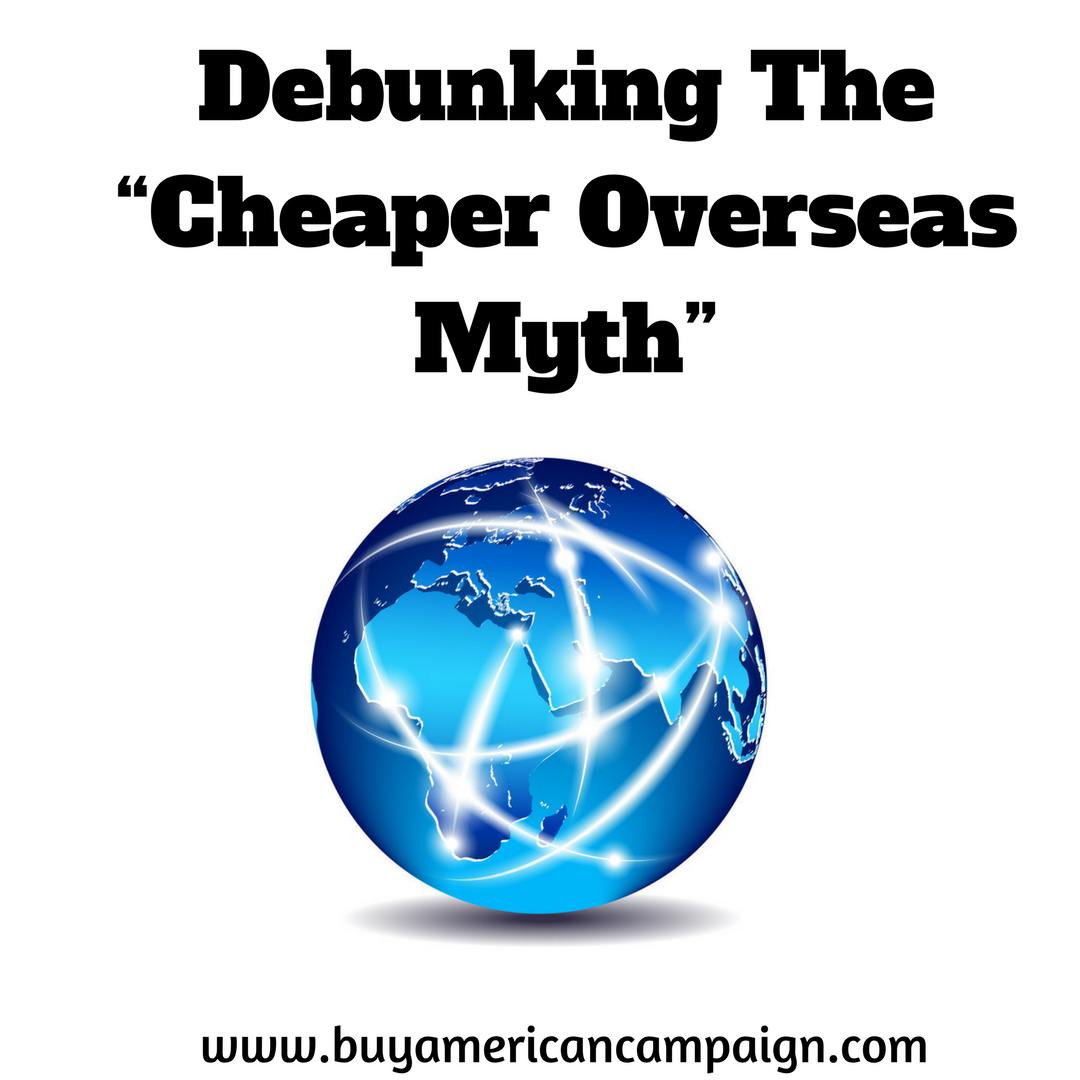 Ask the average person on the street about the state of the manufacturing industry and you will be sure to hear a lot of people talking about how countries are fleeing the United States in droves. These same folks will also tell you that the reason they are doing so is to take advantage of ridiculously cheap labor in other parts of the world. It seems like a logical line of thinking, especially since we hear this particular reason being thrown around on a very regular basis. What may come as a surprise to many people is that the “cheaper overseas” argument is in fact a myth.

Yes, companies are moving overseas, but if they are not doing it to take advantage of employees who work for mere pennies on the dollar, then why are they going? There are a few reasons why companies make the move, and none of them have to do with cheap wages and tax breaks. Let’s not forget that there are also large corporations opening manufacturing plants and headquarters in the US, which does not make any sense if the only reason that companies move is because they want to save a buck or two on their payroll costs.

The most obvious reason that a company decides to move to another part of the world is so that they can break into a new market. If business is consistently good at home, but not so great overseas, one excellent way to make a positive change in a new market is to create job opportunities there. It’s an excellent way to build a brand, and is something that automakers frequently do. Places like India and China are huge markets that remain relatively untapped for a lot of automakers, so opening a production plant in those places can help them break into the marketplace. It works in reverse, too, as Korean company Kia opened a huge manufacturing plant in Georgia a few years back, as they tried to build their brand in the states.

Another reason to move is to have access to materials that are cheaper elsewhere than they are here. Many of the companies that make the move overseas make equipment on an assembly line that is now almost totally automated. The parts and components used to create things like computers and other electronics are cheaper abroad than they are here, as that is where they are usually produced. With automated assembly, the argument for cheap labor goes out the window.

Innovation is also key in the movement of companies to new overseas locations. The simple fact of the matter is that the brains behind new technologies may actually be located elsewhere, with the Japanese in particular leading the way in that department. Companies that operate in certain industries will go to the heart of the innovation as opposed to trying to lure the brains behind it here. We are not suggesting that finances do not play a role in a company moving to a new location, but the reality is that lower wages are way down the totem pole when looking at the reasons to make that move.