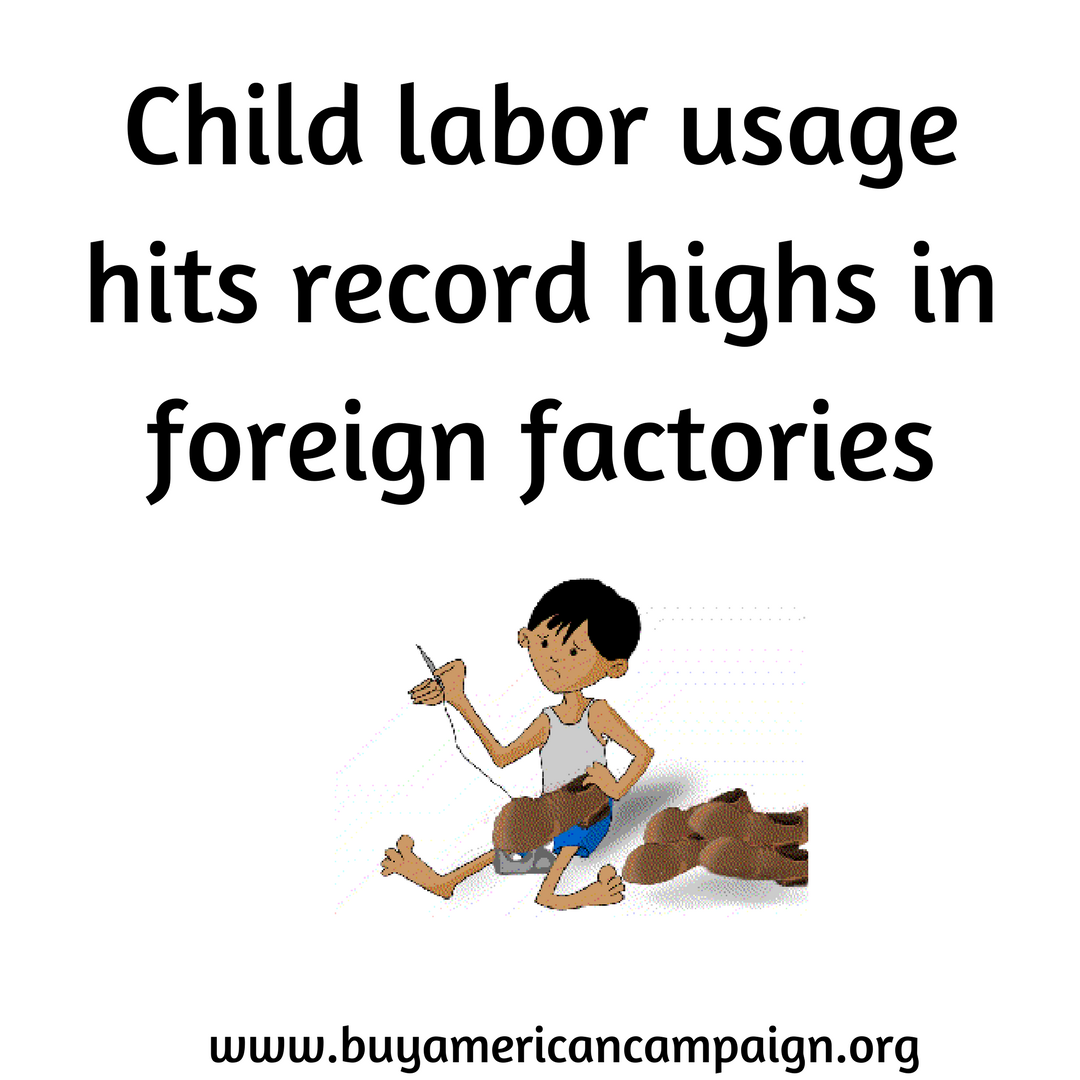 It’s no secret that many foreign factories resort to unlawful and unethical practices in order to cut down on operating costs. And what better way to do this than to use cheap child labor? This form of cost-cutting measure translates into savings being passed on to prospective clients. This makes foreign factories more competitive in the world market. In a cutthroat business environment, even the slightest competitive advantage is desirable.

Prospective clients, US-based or otherwise, are either unware that such a thing exists or they just completely turn a blind eye to such unscrupulous practice. In any case, the hard truth is that children below the age of 18 are forced to do full-time work in factories without pay or with minimal wage. The worst part is that these children work long hours in less than human conditions. This is a form of abuse and it deprives children of their rights and harms their physical and mental development.

It is a known fact that child labor is prevalent in developing countries and least developed countries in Africa and Asia. It is estimated that over 160 million children are engaged in child labor worldwide. Of that number, more than 20 million children are employed in factories that manufacture garments, toys, and other consumer products. The number continues to climb as poverty index soars. Poverty and lack of employment opportunities force families to allow little kids to work in high-risk environments without safety measures put in place.

What’s alarming is that the trend is catching on even in economically important emerging countries like Brazil, Russia, India, and China. The economies in these countries are improving and growing at an unprecedented rate, which means there is more pressure to produce beyond their capacities. To meet demands without increasing costs substantially, foreign factories are making adjustments by using substandard raw materials and hiring cheap child labor.

Foreign factories are notoriously employing children as young as six years old just to meet demands. In China alone, it’s estimated that there are over 12 million children from the age of 10 to 14 who are employed as child laborers. This is clearly a violation of international human rights laws in general and child labor laws in particular.

Child labor in China is a huge problem for its trading partners, including the US, because no consumer would want to use products tainted with child labor and human rights violation. What’s even more sickening is that foreign factories are getting away with it simply because child labor laws are poorly implemented, if enforced at all.

Child labor is a multi-pronged problem that leads to child trafficking and exploitation. Eradicating it will be a slow and gruelling process especially if the violations are being tolerated by trading partners and consumers. The key is to understand the risks that such an abhorrent practice poses to children. As consumers, the responsible thing to do is know the supply chain process of companies to ensure that we are not supporting those companies that directly or indirectly violate child labor laws.