How Products Made Overseas Have a Higher Carbon Footprint Than U.S.-Made Goods 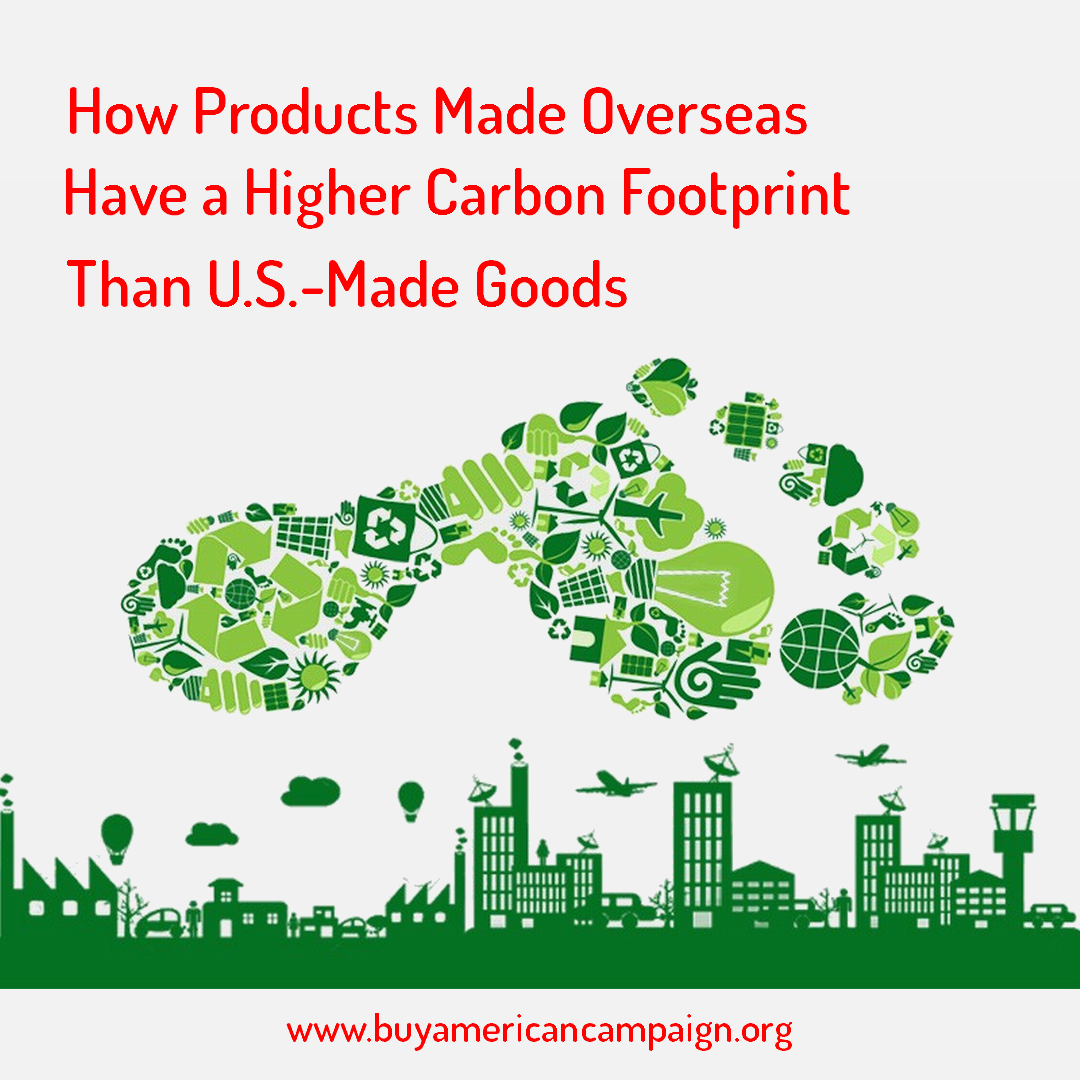 It is more than fair to suggest that the American public as a whole is now much more environmentally conscious than ever before. Perhaps it is the fact that we have access to so much information nowadays that allows us to make choices that are better for the planet. The materials we use for packing, the types of vehicles that we drive, and the type of fuel that we use all impact the planet in one way or another. If you are making choices without considering the impact on the environment, then you are definitely leaving a larger carbon footprint than your friends and neighbors.

While people are now getting smarter about the choices they make when it comes to the environment, there is one particular item that slips through the cracks. What we are talking about here is consistently purchasing goods that are made overseas. All the hard work that you put in to reduce your carbon footprint and make a positive mark on the environment can quickly be wiped out if every item that you buy is made somewhere other than in the United States.

Yes, we understand that many of the items in question are more affordable than the American-made version, but they are very often less durable or well made, which often means that you end up spending more money in the ling run. That aside, have you ever taken a moment to think about how all of those products end up in the store at your local mall. They have to get them from pretty far away, so it stands to reason that massive amounts of goods are transported in from places all over the globe on a daily basis, and therein lies the problem when we are talking about the carbon footprint.

There are a variety of different ways to get foreign goods from Point A to Point B, but none of them can be considered environmentally friendly. Some manufacturers will use air freight to deliver products, using up massive amounts of airplane fuel in the process. Other will take to the ocean to deliver goods, and we all know what sort of state that the waterways of the world are in now thanks to pollution and common trade routes being used to death.

All of this is not to suggest that US manufacturers do not leave behind any sort of carbon footprint, because they very obviously do. The reality, though, is that there are shorter distances to travel to get those goods in the hand of the American consumer, and when you consider that Many American companies are now actively going out of their way to manufacture their products using environmentally friendly practices, it stands to reason that their carbon footprint will be a whole lot smaller than a company shipping in items from halfway across the globe. Buying American is smart and patriotic, and it can also be argued that it is better for the environment.