Why Buying Local Can Help Save The Environment 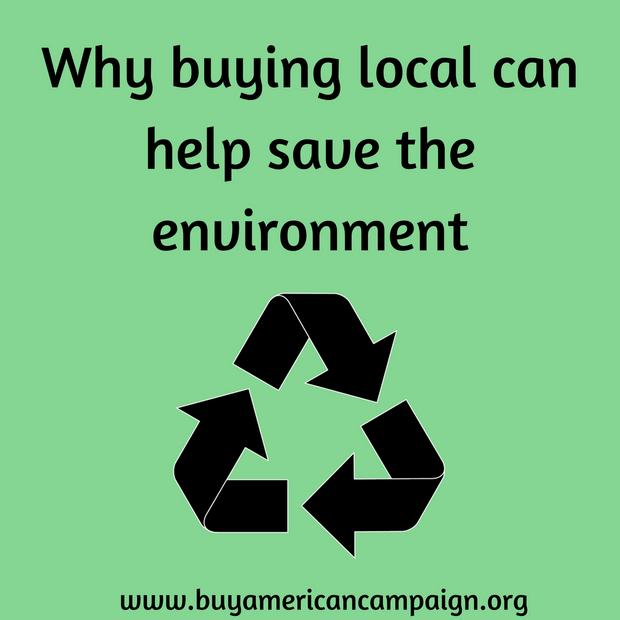 Globalization made it possible for countries to trade goods with fewer barriers by relaxing trade controls and providing subsidies. At face value, it’s beneficial to consumers because they are given more choices at lower price points. We see the tremendous benefits of this especially to people who live in metropolitan cities, which are very far from production centers. The choices brought about by long-distance systems are unparalleled, but such benefit comes with a price in the form of environmental harm.

The link between trade and environment is not obvious, but if you include processing and transport of goods to the equation, the connection becomes apparent. People are increasingly becoming dependent on goods and food items from distant sources. This massive traffic of goods and food items requires an enormous amount of fuel, which contribute immensely to greenhouse gas emissions.

Goods that come from foreign countries could take up as much as four times the energy compared to those sourced domestically. More energy means more carbon dioxide emitted by human activities, which in turn causes air pollution and contributes to climate change. Pollution affects the air, water, and soil of the affected areas, which causes environmental and health issues.

The over-reliance on the system poses a real threat to the environment and the negative effects are irreversible. However, our immediate and future actions can help save the environment profoundly. One of the best ways to address the issue is to buy American. This means sourcing ingredients from local farmers or buying goods from American manufacturers. Shortening the travel time of food from farm to plate makes for much more efficient use of fuel and other resources. It’s the same way with non-food items.

Buying local significantly lowers the transportation cost and it eliminates the need for middlemen, which unnecessarily jack up the costs. With fewer processes in the system, there is less fuel usage and less carbon emission. Sure, it can be argued that long distance goods trade is efficient, but the perceived efficiency brings far greater cost not only to the environment but also to the loss of good paying American manufacturing jobs. Buying American is not just some trendy hipster movement but a real sustainable solution to lowering carbon footprint, thereby saving the environment in the process.