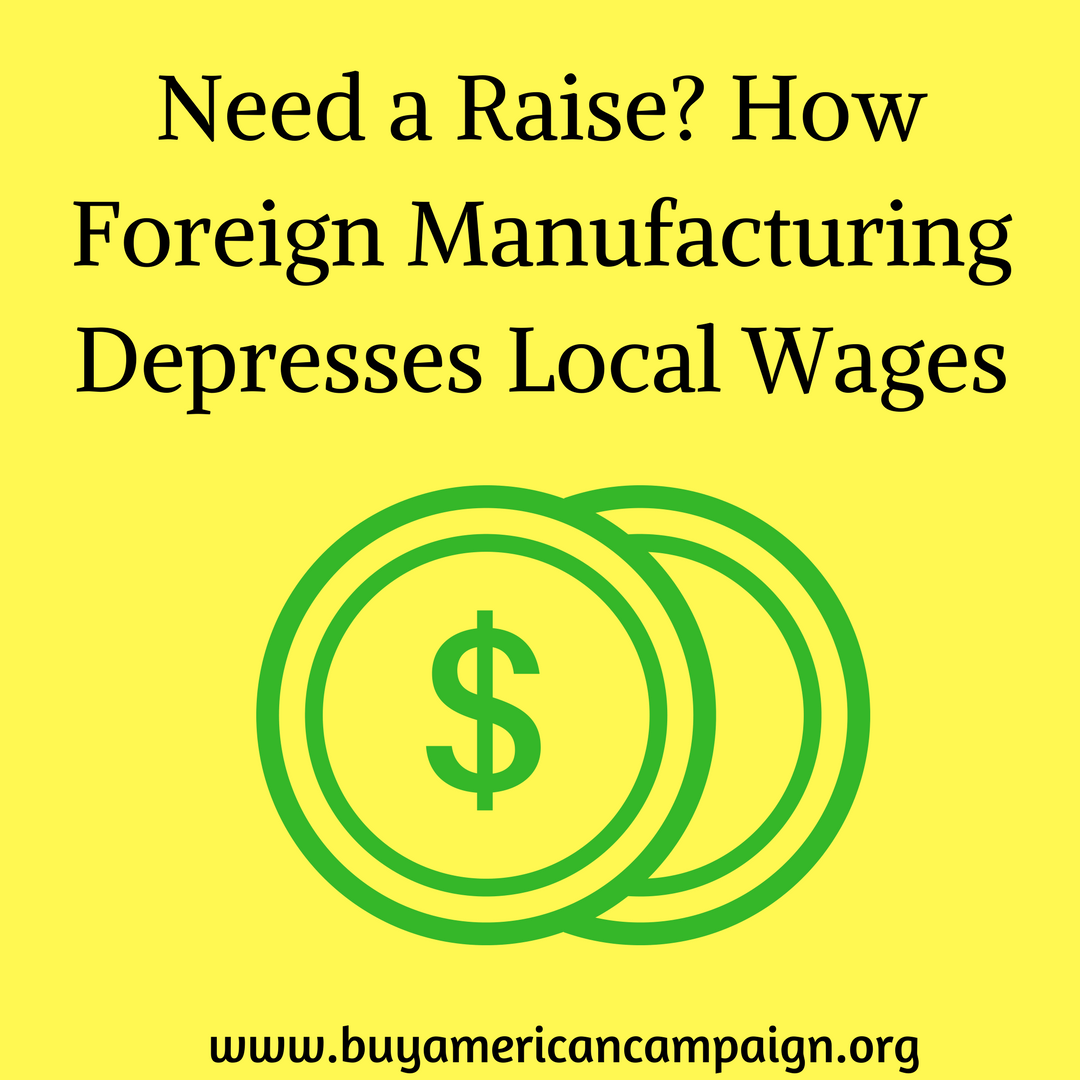 Businesses often utilize foreign manufacturing processes as a means of reducing the costs associated with building items. This comes as the cost associated with getting items manufactured declines when they are made in certain parts of the world. But the truth is that foreign manufacturing actually does more to hurt the wages of workers in the United States. This is a threat that could hurt the American economy when all is considered.

A great concern about foreign manufacturing is that the process helps to shrink the cost associated with making items. This should be appealing, but it also makes it to where the costs of products might decline over time. This is due to how companies typically sell items for cheap when they know they are less expensive to make.

But as this occurs, it becomes easier for local wages to be cut down. By keeping the potential profits associated with cheap items from being too large, it becomes harder for workers in the United States to receive enough money.

There is also the concern that a business might use the same pay structure for all employees. This is not to say that American workers will absolutely be paid the same as those in other countries. The Americans are simply being valued less because they are not treated as seriously as other people.

What is even worse is that foreign wages are certainly bound to increase over time. As the demand for workers in other countries increases, the potential for wages to rise in other places will grow. This all comes as another country will feel a little more valued in some way as there are concerns over how much money people are earning in those spaces. The fact that demands for higher pay will go up over time only makes it harder for people to get paid properly in the United States as budgets are strained in general.

It is vital to look at how foreign manufacturing could be a problem with regards to managing local wages. The potential for wages to decline in value is strong as more companies start to move their resources and functions to other parts of the world.