Focus Less on The Company and More on The Location 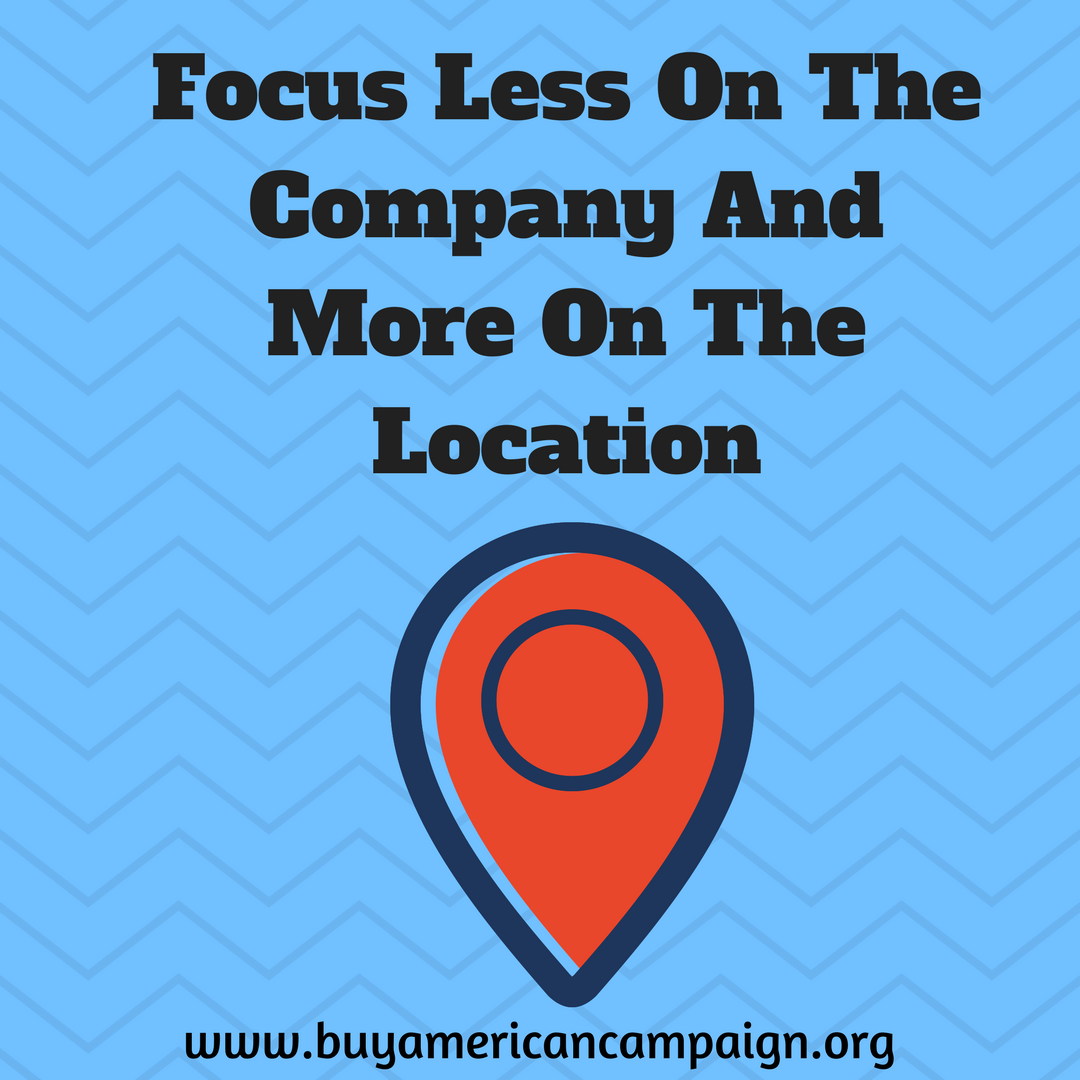 If you want to support companies that do business in the United States, you may need to do a little more research than simply looking at the company name. While many jobs are leaving our country, there are still many major corporations committed to bringing new job opportunities within our borders. It may come as a surprise to learn that these companies were not founded in the U.S. Many are foreign manufacturers looking to make an impact on one of the largest consumer markets in the world, which is why it is so important to focus less on the company and more on the location.

One of the more common industries where you will see this happen is with the automotive industry. When you think of American vehicles, you very often think of Ford, yet the vehicle you buy may have been made somewhere other than in the U.S. Ford Motor Company has a plant in Mexico, so there is a very real possibility that your Ford vehicle is not quite as American as you think. While Ford are still committed to remaining an American company, they also move operations to other regions they want to make an impact in.

Similarly, you might look at Kia Motors and decide that you cannot support them because they are a company from South Korea. What you may not know is that they operate a massive production plant right here in West Point, Georgia. Not only does this company provide high-paying jobs locally, they are also very active in the community, which is why they need to be considered the next time you are thinking about buying a new car. Being founded in another country is not necessarily a guarantee that they do nothing to help the American community.

One thing that you do need to keep an eye out for in these situations is the products that are actually made here. While Kia does operate that massive Georgia plant, they do not make every single model at that facility. The Sorento and the Optima are the vehicles that are made at that facility, and to this point, more than a million vehicles have rolled off the production line. The success of this company in recent years is a sign that the work being done here in the United States at the Georgia facility is of the highest quality.

The example that we have provided here may help you understand why a vehicle made by a foreign manufacturer may cost less than one made by an American company, and it all comes down to location. The Kia vehicle that was made here in the United States may end up costing less than a similar Ford model made in Mexico. This proves that there is more to a company than simply the name. As in real estate, location is everything, so keep that in mind when you are thinking about making purchases that help the American economy and bring manufacturing jobs back to America.