America Made Companies That Benefit America 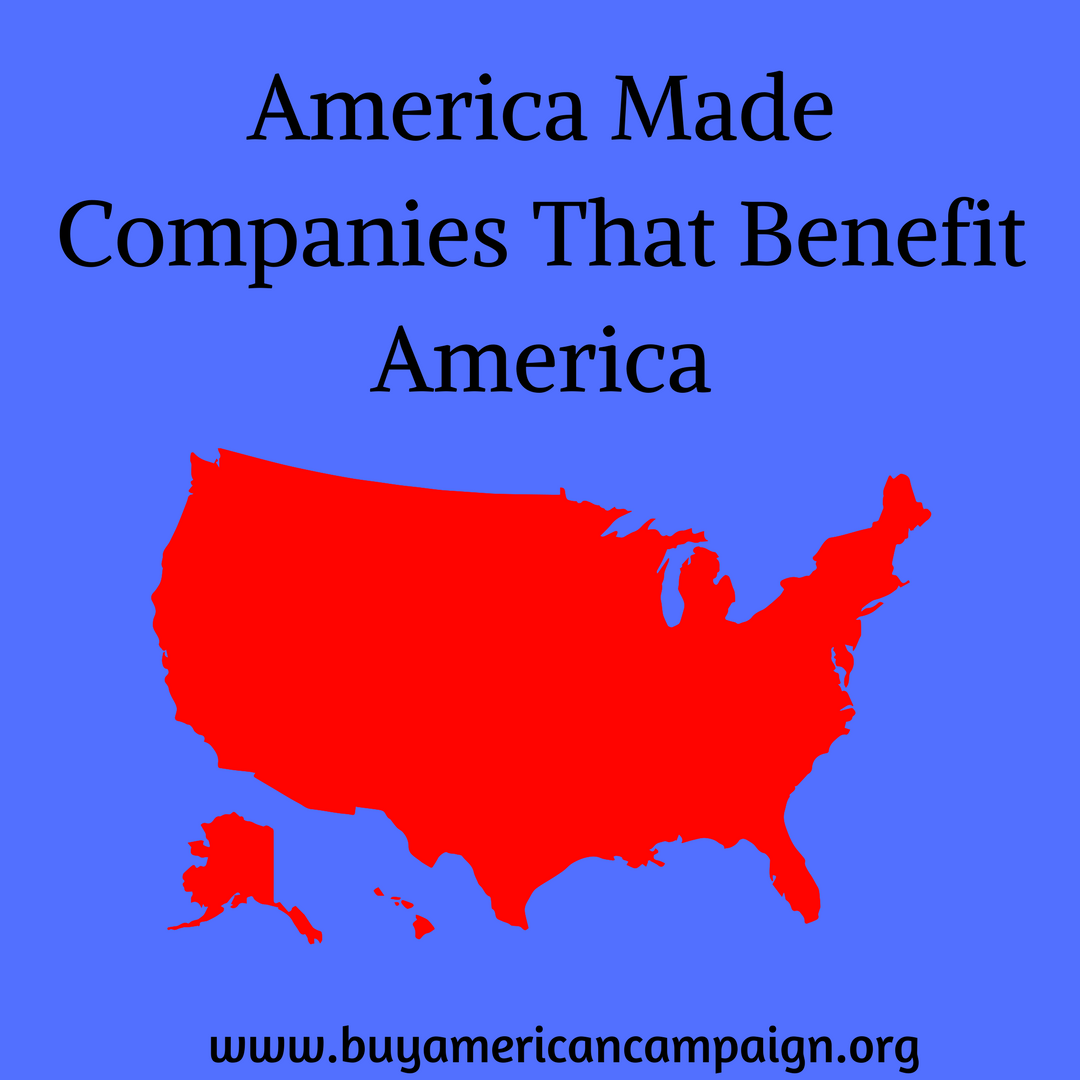 How does buying American made products benefit Americans?

American made products benefit all Americans because they are products made within the boundaries of our country; they are made by other Americans, employed by different companies who hire Americans for labor, which in turn means good paying jobs for Americans – something we are in desperate need of. Small businesses make up a greater percentage of companies in America than any other sector, and businesses should be able to keep American employees without having to struggle. Many small businesses have moved their jobs and production overseas because of the rising costs, and greater economic strain of keeping them in America. There are some who have stayed despite the economic turmoil because of foresight. Small businesses employ a large portion of this country, manufacture, and produce many of our countries services – the more the better. It is getting harder and harder to keep it that way, you see, when big businesses start outsourcing to India, China, and everywhere else their cost of production and labor go way down. When outsourcing to get cheaper labor and cheaper material, you in turn, get a cheaper unsafe product; a product that not only doesn’t last the test of time, but can be dangerous.

There has been a growing trend of companies moving production back to the United States called “re-shoring”. Many big and some small companies have begun to move jobs back to America after having outsourced thousands of jobs to China, Russia, India and Mexico over the last few decades.

The problem with these companies is that they did outsource overseas, and are only now trying to bring their manufacturing jobs back into America. With a high unemployment rate in many parts of the country, Americans desperately need jobs. Thankfully, there are many small businesses who never outsourced their jobs overseas to help America, even though they struggled to do it, they knew, in the long run it would benefit America.

The national goal for America should be to bring back at least 20 percent of manufacturing jobs to America, about double the percentage today. There are many different paths, and barriers to bringing jobs back, and reasons they were sent abroad in the first place. The main reason would be to slash costs, and create products at a much cheaper cost to the company, and in so doing, you hurt America.

The benefit of keeping Americans employed is that they will inevitably put their money back into America by buying goods. It is good news for all Americans, especially the middle class that companies are moving jobs back to America “re-shoring.” The harsh reality is most of the companies never should have outsourced in the first place; because we all know that those jobs were once filled by someone in America who suddenly found their job went overseas.