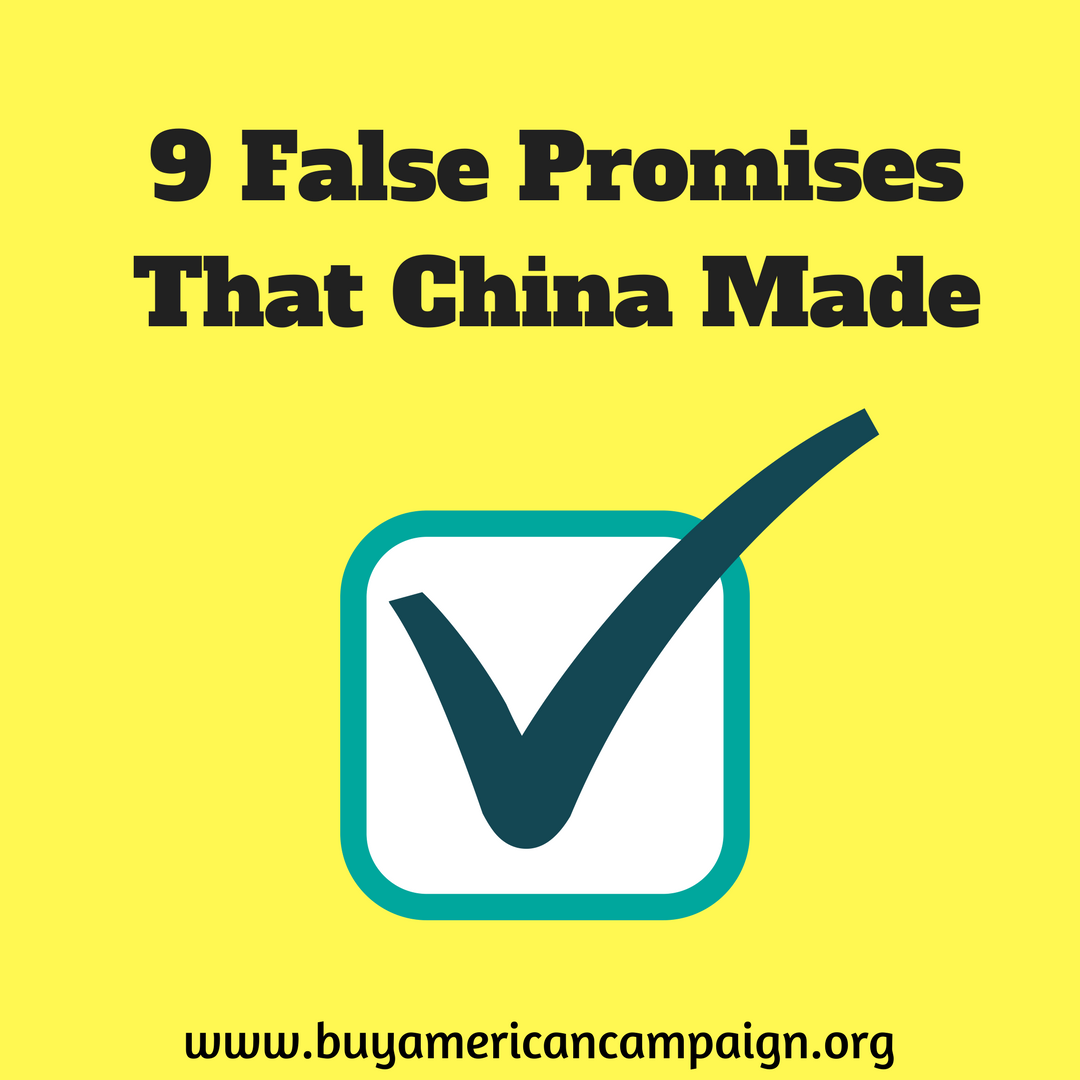 It has been more than 15 years since China joined the World Trade Organization (WTO), yet in that time, they have failed to make good on the trade-liberalizing commitments they made in order to have their membership approved. Their reluctance to follow through on those promises has had a negative impact on economic growth and health of innovative industries in both the United States and Europe. China made 9 specific commitments that they have not followed through on, and they are:

One of the main stipulations of the WTO accession agreement that the Chinese signed was that they would not tie foreign investment or market access to technology transfer, yet it is a practice that still regularly takes place. Many companies still need to hand over their technology before they can do business in China.

China was required to recognize the Agreement on Trade-Related Aspects of Intellectual Property Rights (TRIPS) when they became part of the WTO. This agreement is in place to protects patents, trademarks, copyrights, industrial designs, service marks, digital content, and all other forms of property. Numbers in the IP Commission Reports on the theft of U.S. Intellectual Property clearly show that China is responsible for as much as 80% of such thefts from businesses in the States, a figure that adds up to roughly $300 billion annually in lost sales.

When China joined the WTO, they clearly stated that their government would eliminate, or at least greatly reduce, production and export subsidies. Since then, the Chinese have handed out subsidies in excess of $115 billion to just 4 industries: glass and glass products, auto parts, steel, and paper. Just imagine how much money has been subsidized if you take all the other industries into account.

When the agreement was made to allow China into the WTO, they agreed that they would allow 20 films to be imported on a revenue-sharing basis over the next 3 years following their admission. The joint ventures were set to include sound recording, videos, and software entertainment, as well as allowing for the owning and operation of movie theaters. As you may have already guessed, the U.S. Trade Representative (USTR) reports that all such entertainment entering China does so on a flat-fee basis as opposed to the agreed up revenue-sharing model.

Another part of their inclusion into the WTO was that China would immediately join the Government Procurement Agreement, which is in place to have restrictions on government purchases between member nations. No such credible offer has yet been made.

Another item that China agreed to was that their state-owned and state-invested enterprises would buy and sell with commercial considerations as the basis for each transaction. In short, they agreed to purchase the best tools for the job without ever favoring a particular vendor or nation. They have continually gone against this agreement by simply refusing to allow those state-owned enterprises from buying products made or developed in the United States.

Part of their membership to the WTO required China to treat foreign banks just as they would national entities within 5 years of admission. To this day, it appears as though China has not fully implemented all of the commitments required within this particular agreement, with national banks still being given an advantage over the foreign branches.

China committed to several things in the telecommunications industry, including to allowing foreign suppliers to use whatever technology they deemed fit to deliver services, the implantation of pro-competitive regulations, and the liberalization of foreign investments. Things have not gone to plan, though, with USTR finding that China essentially forced foreign companies into joint ventures with Chinese-based firms, while also implementing incredibly high capital requirements. The end result is that foreign suppliers are not granted even the most basic access into the Chinese telecommunications market.

Members of the WTO abide by the Agreement on Technical Barriers to Trade, which states that no member can use certifications and standards as a means to block trade. While China agreed to this agreement to gain access to the WTO, they have once again failed to live up to their end of the bargain, instead opting to develop indigenous technology standards as a building block in their strategy for economic growth.

The question now is about what can be done to mend these broken promises?

The bad news here is that the WTO enforcement system is simply not strong enough for them to take action. Furthermore, a weak WTO settlement system means that China continually goes unpunished for their infractions.

The best way forward would appear to be for the U.S. and European policymakers to get a little more creative in their confrontation methods when dealing with China. Rather than focusing on the legal process, they need to instead create a results based process that will effectively hold the Chinese to task for their broken promises.