Three Policies That Can Revive and Strengthen US Manufacturing Part I 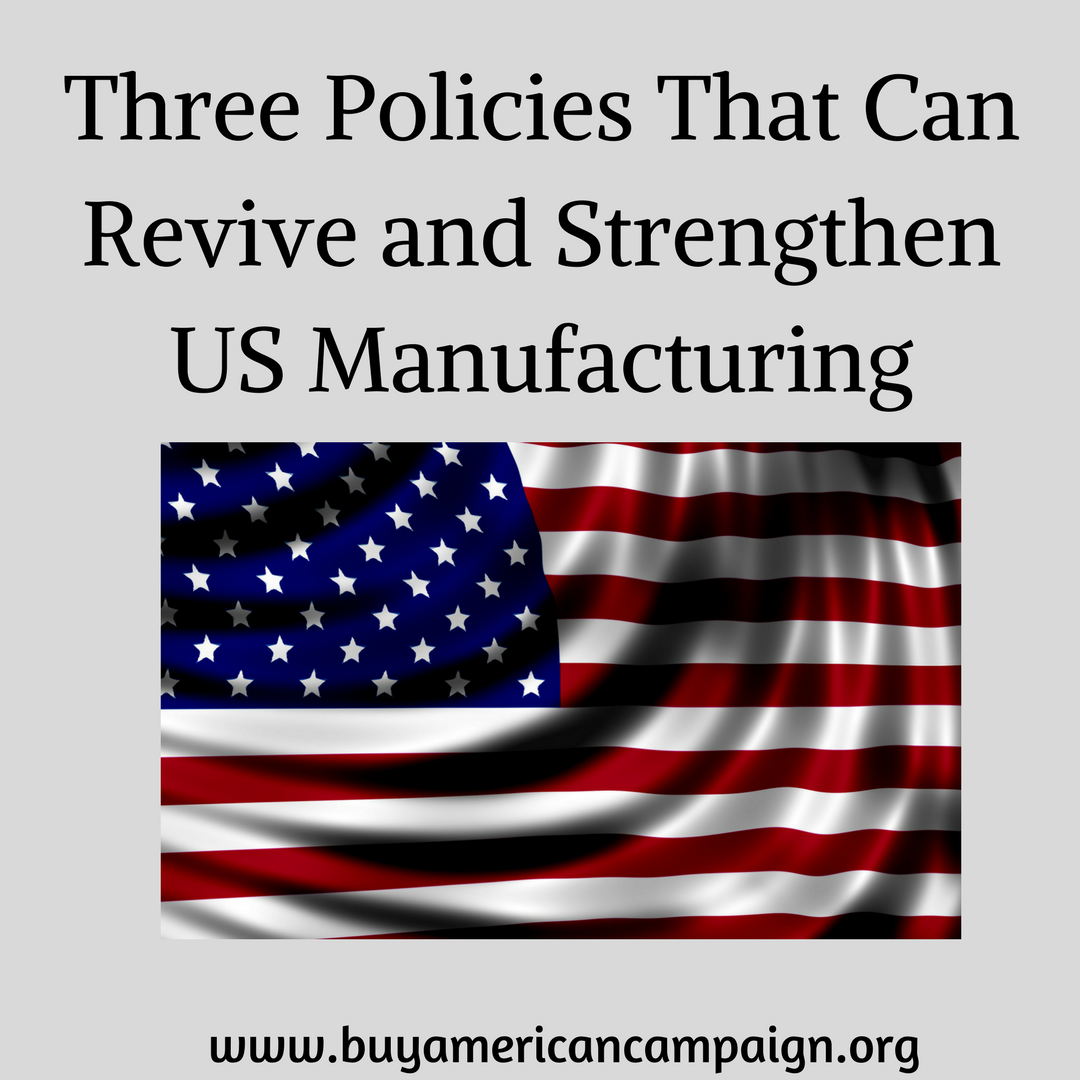 1. Bringing Down the Trade Deficit

The long waiting game of sitting tight until US exports somehow gain more popularity is not the most proactive approach to pulling down our trade deficit. A pretty good idea for solving this issue is through certificates – exporter and importer certificates. This means that a US-based company that is in the business of exporting goods will bring in certificates equal to the value of its exports, while overseas companies that are in the business of importing goods in the US will have to buy certificates from the home-based exporters.

Through the means of this certificate system, the US would have the necessary budget derived from selling importer certificates to export goods at lower prices, becoming more competitive in the market, and gradually knocking down the trade deficit. What’s more, due to the extra costs involved with purchasing importer certificates, imported goods will become more expensive, creating again the possibility for US-made goods to become cost competitive.

2. More Awareness Regarding the Costs That Come With Offshoring

One way of bringing more awareness in what concerns the total costs implied in manufacturing overseas is by requiring companies that are making mass layoffs, and offshoring production, to explain their expenses. And some will argue that this can be enforced by formally modifying the federal Worker Adjustment and Retraining Notification Act. More specifically, the part stipulating employers having to provide a 60 calendar-day advance notification prior to a mass layoff.

If the desire for efficiency and greater monetary gain leads to mass layoffs and companies moving overseas, this exact loss of trained personnel and downgrade in terms of product quality and reliability will eventually lead to an offshore business that will lose money instead of bringing more. A couple of reasons why this tends to happen are costs related to the need to hold a larger inventory, costs related to transportation, costs related to the consequences of producing a more unreliable  product et cetera.

3. Getting Rid Of Redundant Regulations

It is estimated that companies spend approximately $140 billion every year on regulatory compliances. The reason for this is in the way federal agencies operate when it comes to imposing new rules, especially in the areas of workplace safety, environmental protection, and financial reporting. The phenomena here is that when new regulations are imposed, federal agencies are used to not checking other agencies for conflicting or similar rules. This way of doing things often brings on redundancies in regulations and duplicates in reforms that make it hard for companies to comply with federal mandates.

One of the best solutions here would be a specially designated panel in Congress that would be in charge of going through all the existing regulations, finding reforms and redundancies, and compiling a set of recommendations regarding their findings on which Congress would then vote, modifying the regulations that need modifying, and repealing those that need repealing.