The Influence of The Irish On American Manufacturing 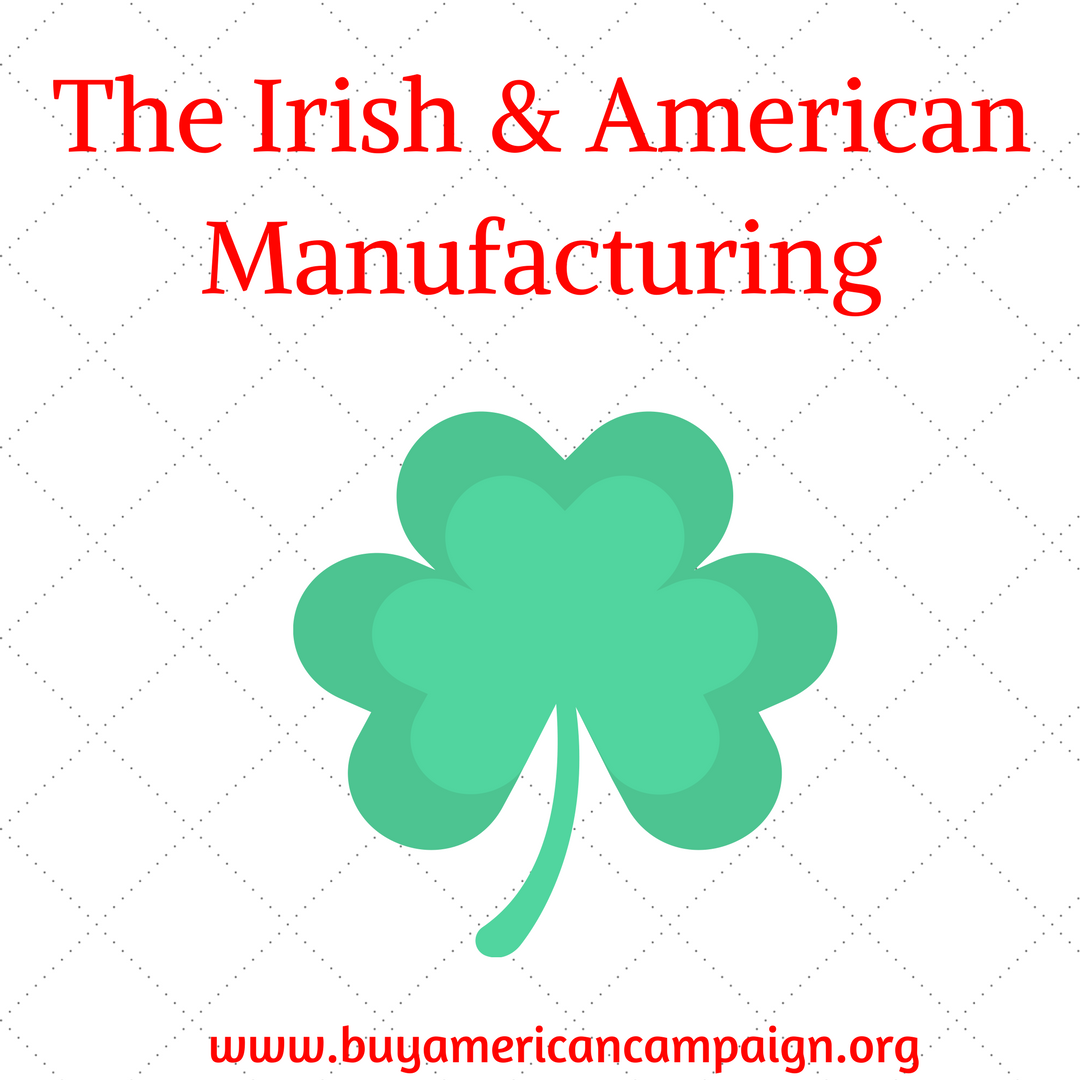 Over the years, people have flocked to the United States of America in search of a new life and the chance to prosper. Some of those people arrived on these shores because of a desire to play a role in shaping the nation, while others came out of sheer desperation. Given that the potato famine was in full bloom in the mid 1800’s, it’s fair to suggest that the millions of people who arrived from Ireland between then and the 1920’s was more to do with desperation and starvation than anything else. That they ended up playing a major role in the rise in manufacturing is the US at that time is something that cannot be disputed.

As beloved as the Irish are in America today, the reality is that they were not made to feel particularly welcome when they first set foot on American soil. Most of the new arrivals were starving and impoverished and were essentially viewed as a lower class of people than the residents of the US. Many businesses hung signs clearly stating that they were not in the business of hiring the Irish, but things started to change when the Industrial Revolution made its way from Europe to this side of the pond.

Back in those days, manufacturing was something of a local affair, with goods made in households in every town, essentially serving the people who lived in the vicinity. Industrialization and the formation of corporations meant that expansion was possible, but the one thing holding back the process and Westward Expansion was a lack of healthy bodies willing to put in the work required. Given that the Irish were still very much down on their luck at this time, companies found that they could hire them for pennies on the dollar, working the Irish for long hours and for very little pay.

Transportation was the key to growth in the manufacturing industry, as well as many more besides. The building of canals and railroads began in earnest, and it was very often the Irish who provided the backbreaking labor for these huge endeavors. The arrival of the Industrial Revolution combined with the ability to quickly and efficiently transport cargo and people across the country meant that the manufacturing industry saw incredible growth in a relatively short period of time. None of it would have been possible without the immigrants, many of whom came from Ireland.

The Westward Expansion never really slowed down or hit a lull, simply because there were always fresh bodies and new laborers becoming available on a daily basis. The Irish, seeing the opportunity to work and thrive in their new home, continually used their money to bring over more family members so that they might all be given the same opportunity to have a better life. When you put on your green hat and down a pint of Guinness this St. Patrick’s Day, perhaps spare a moment to think about how prosperous this nation is now, and how the Irish played a major role in it getting there.