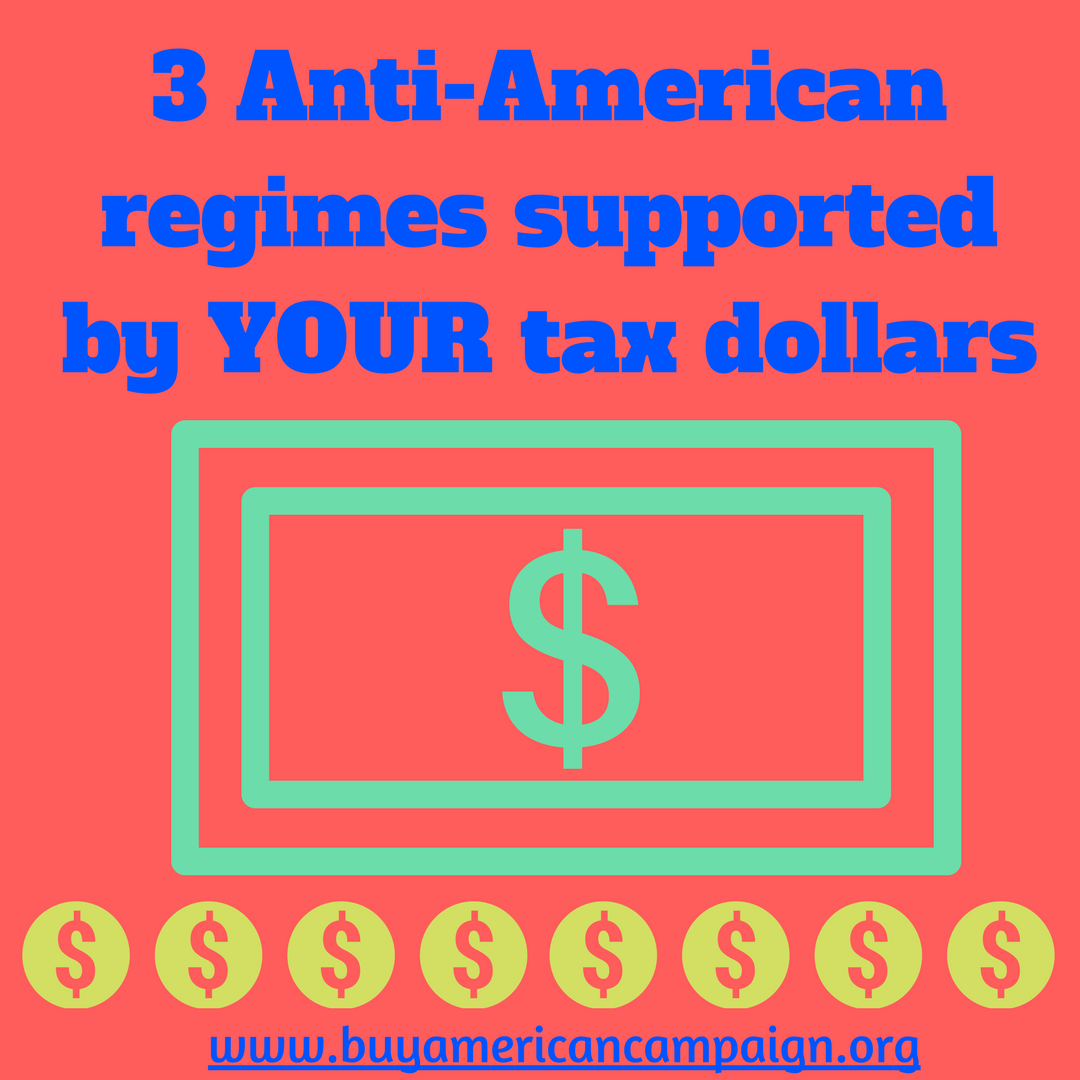 The United States has, in recent years, provided and continues to provide assistance to a number of countries who do not really share the nation’s ideals. A good number of these anti-American regimes have been supported with your tax dollars in various sectors including arms, healthcare, military training, and technical support.

The US government has provided various reasons to justify the continuous support for these countries that glaringly operate contrary democratic ideals, a far cry from what is obtainable in the US constitution. Today, anti-Americanism is particularly strong among the Middle Eastern nations. Let us take a quick look at three such regimes that have had economic ties with the US.

Iran: The past US administration created new openings to Iran resulting in taxpayers’ money being used in the funding of Middle East’s arms race. As it stands, the US involuntarily pays for some of Iran’s military expenditures. This comes with the reality that there are no formal diplomatic relations between the US and Iran. Both countries do not have direct diplomatic relations.

Egypt: Egypt has been an important and longtime economic and political ally with America. But studies have shown that in Egypt, very few members of the public favor the United States influence. This stems from perceived political interference by the later. Even as the new U.S. administration has been reexamining foreign assistance priorities, there are still chances of taking assistance to that country despite their political instability. However, reports have it that The United States has more interest in relating with a stable Egypt that is at peace with itself and its neighbors.

Saudi Arabia: Over several decades, the US and Saudi Arabia have been allies in certain economic and political interests such as support of stable oil prices, stability in the oil fields, and opposition to Communism. However, both countries have disagreed over some international policies such as that which concerns the state of Israel. There are some Saudis who view the American influence negatively. A good number of the populace has had hostile feelings towards Americans and the country’s ideals.

While it is ideal for the American government to uphold, service, and expand its foreign relationships, there have to be clear cut goals that should aim, not only at assisting the associating countries economically but also improve social harmony between both countries. If those goals are unrealistic both ways, the United States can still extend assistance to these nations with a minimum involvement of our tax dollars.